According to the Reserve Bank of India (RBI), the number of counterfeit notes has increased significantly in the financial year 2021-22. According to RBI, fake Rs 500 notes have doubled in a year. Compared to last year, the central bank has detected 101.9% more notes of Rs 500 and 54.16% more notes of Rs 2,000. The increasing number of counterfeit notes is troubling.

The reason for demonetization was told by the government to crack down on counterfeit notes. In such a situation, once again the arrival of fake currency of new notes is also a matter of concern for the government. 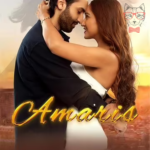