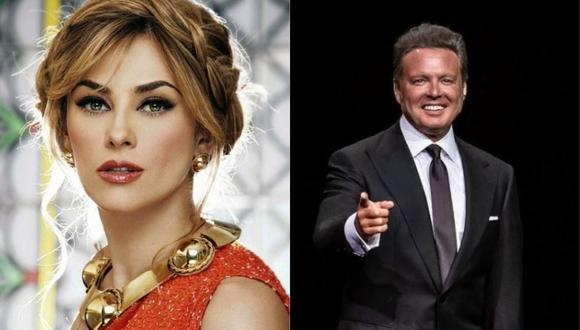 Aracely Arámbula is considered the great love of Luis Miguel’s life . The couple, whose relationship became known in 2005, have two children of whom very little is known and are not mentioned in the Netflix bioseries about the singer. On July 27, the magazine TV Notes revealed images of the second son of the singer, which raised questions in the followers, who are the children of the Sun of Mexico? Why can’t you see them together?

HOW DID LUIS MIGUEL AND ARACELY ARÁMBULA MEET?

Luis Miguel and Aracely Arámbula met in Los Angeles and their romance was discovered in 2005, when photos of the couple were made public in Venice, Italy. According to reports, ” El Sol de México ” would have assured, shortly after meeting her, that “he would love to have children” with her and that is how it happened. Arámbula revealed in an interview that it had been difficult to get pregnant, as they spent a year trying until they found out about the arrival of little Miguel. The day the test came back positive, “he cried with joy .”

On January 1, 2007, Miguel came to the world and almost two years later, on December 18, 2008, Daniel was born. A beautiful family had formed, but the peace did not last long: the separation came in 2009.

The problem would have been, as explained by the former manager of Luis Miguel Polo Martínez in the television series “I like the afternoon”, because the actress wanted to return to work after motherhood, because ” El Sol de México ” wanted her to dedicate herself exclusively To his family.

WHO ARE THE CHILDREN OF LUIS MIGUEL?

The children of Luis Miguel and Aracely Arámbula are Miguel and Daniel, who are teenagers.

Miguel Gallego Arámbula was born on January 1, 2007, so he is currently 14 years old. He is the first-born of the couple and the one who most enjoyed his parents together.

His second son is Daniel Gallego Arámbula, he is 12 years old, since he was born in 2008. Although little is known about him, a video was leaked a few weeks ago in which the young man can be seen singing a song by Justin Timberlake, which caused a stir among family fans, and could be seen on the cover of the magazine “TV Notes”.

Aracely Arámbula is very jealous about spreading the image of her children. He has done it very rarely. When you post on your Instagram account, they appear from behind, trying to avoid showing their faces. For this reason, the actress put the cry in the sky with the publication of TV Notes.

WHAT IS THE RELATIONSHIP BETWEEN LUIS MIGUEL AND HIS SONS?

Luis Miguel’s relationship with his children is nil. As Aracely Arámbula herself has revealed, since the end of the relationship with the singer, she had to take care of the children’s expenses and “El Sol de México” would have contributed intermittently to cover those expenses.

Last April 2021, Guillermo Pous, Arámbula’s lawyer, assured in the “Ventaneando” program that Luis Miguel has not fulfilled his monetary obligations towards his children for more than a year.

“Micky”, according to the lawyer, has not paid a penny in all of 2020 and would not have paid anything in 2021. The response of the singer’s representatives would have been: “There is no way to pay at this time . “

The actress indicated in the magazine “Para Ti México” that the bond between the singer and her children is null. “ What could be known is that Luis Miguel did not call his children to greet them on their last birthdays. Arámbula has been in charge of saying it publicly and even affirming that the boys do not miss their father and that they have in their maternal grandfather the father figure they need, ” the publication states.

“My children are happy, they are in a very united family and a divine family that the truth has more than gifts and love, above all the main thing is affection and love that we really do not miss anything” , added the actress , which in 2013 filed a lawsuit against the singer for the pension of his children in the Superior Court of Los Angeles.

WHY ARE THE CHILDREN OF LUIS MIGUEL NOT SEEN ON THE NETFLIX SERIES?

Aracely Arámbula has made it very clear that she does not want to expose her children Miguel (14) and Daniel (12), that she wants to keep them away from the media until they are 18 years old. He has said that “he is not interested in participating, much less my image being exploited.”

The actress revealed that she refused to allow her story and that of her children to be part of the Netflix production ” Luis Miguel, the series ” and, as she explained, the story could not be told in a way that was faithful to how it happened in reality.

“I didn’t want to go out there because it was going to be told by other people, not even by the father of my children, by the writers. I respect his work, but nobody knows that story, what happened, what we lived, only he and I know. At this moment I am not going to go out neither in the second, nor in the third, nor in any (season) ” , he said in an interview with Ventaneando.

WHAT IS THE STORY OF MICHELLE SALAS, THE OLDER SISTER?

Luis Miguel took many years to recognize Michelle Salas, as his daughter. She is the only one of her children who appeared in ” Luis Miguel, the series .” Salas was born on June 13, 1989, he is 32 years old. He does not have the last name of Luis Miguel, since he only has the two of his mother Stephanie Salas, daughter of actress Sylvia Pasquel. She studied fashion design in New York and managed to position herself as a model for very important brands, she also works as an influencer and blogger. 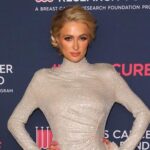 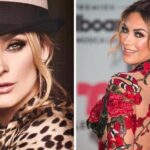