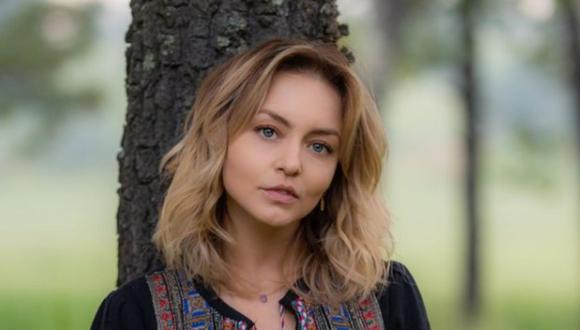 Angelique Boyer, remembered for her participation in the telenovela “Teresa”, is one of the most successful artists in Mexico. However, in her childhood there were those who did not believe in her and even made fun of her biggest dream: to be an actress.

The Mexican actress of French origin told the cameras of the ‘Hoy’ program that when she was in high school she had a classmate who bullied her just because she showed her desire to be an actress.

According to the artist, this child told her that he would never be able to appear on television, it is more than clear that he was wrong, but the most incredible thing is that he now works in the same company as her.

WHAT WAS THE MEETING BETWEEN ANGELIQUE BOYER AND THE ‘CHILD’ WHO BULLYED HIM AT SCHOOL?

The protagonist of “Overcome the past” confessed that she had the opportunity to meet this person again in the least expected place, on Televisa.

“I have a high school classmate who now works here at Televisa and he bullied me, his name is Arseño, he works in forum 3, in lighting,” revealed the renowned actress.

“’Arseño, I’m going to claim you for so many things you did to me’, but it was one of the boys who told me ‘oh yes, Televisa girl, you’re never going to fulfill your dreams’, and I said’ I have to fulfill them, I have I have to achieve it ‘, and now I find it in the company, who was going to say? ” Boyer declared with a laugh.

WHO IS ANGELIQUE BOYER?

Angelique Monique Paulette Boyer Rousseau, artistically known as Angelique Boyer, is a 33-year-old French actress, nationalized Mexican . One of his first appearances was in “Corazones al Limit” (2004). From there she had supporting roles in “Rebelde” , “Muchachitas como tú” , “Alma de Hierro” , “Murderous women” and “Wild heart” .

In 2010 she got her first leading role playing Teresa Chávez Aguirre in the telenovela “Teresa” . Later he appeared in the soap operas “Abismo de passion” , “What life stole from me” and “Three times Ana” .

Among his latest works we can find “Amar a muerte” , “Imperio de lies” and “Overcome the past” .

THE LOVE STORY OF ANGELIQUE BOYER AND SEBASTIÁN RULLI

Angelique Boyer and Sebastián Rulli have been in a relationship for seven years and are currently one of the most stable couples in the world of international entertainment. But how did they meet?

The French-born Mexican actress and the Argentine actor met when they starred in “Teresa” in 2010 and then worked together in “What life stole from me” in 2013. At that time, Angelique Boyer and Sebastián Rulli were just good co-workers. and they got along very well.

When they made their relationship official, there were multiple rumors that their love arose when they participated in “Teresa.” However, when they recorded the popular soap opera more than 10 years ago, both Angelique and Sebastián had other partners and it was only four years later that they decided to give themselves a chance in love.

The actress has revealed in multiple interviews that it was on the set of “What life stole from me” (2013) and after he supported her during the death of her mother, that she finally realized that she was in love with Rulli.

“There he conquered me because I really could count on him and there was no pressure of any kind, things happened (…) After (a play) I went to France and there I began to miss him, there I said ‘I think that I fell in love. ‘ We talked on Facetime for hours, as soon as he returned from his trip and I from mine, we couldn’t resist anymore and something happened that we didn’t expect, ” said Boyer for the Confesiones de Aurora Valle program. 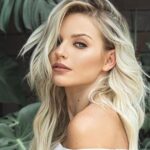 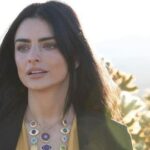