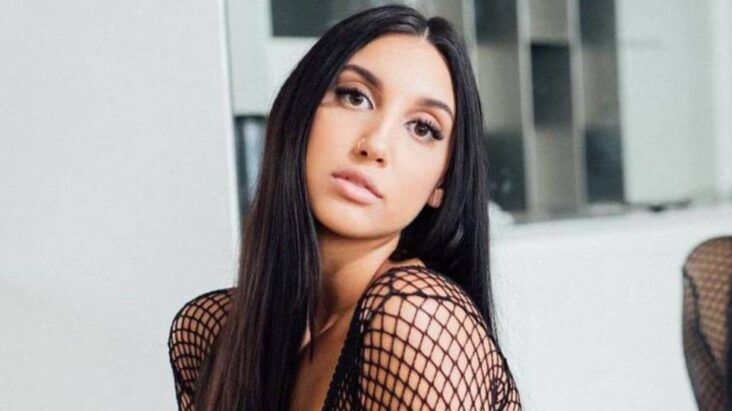 Mia Khalifa rose to fame for being one of the most sought-after actresses in adult films. Despite putting an end to that profession, it remains current on OnlyFans , a page where it shares exclusive content for its followers. However, she is not the only personality in her family, since a young woman named Mati Khalifa appeared in networks .

Mia’s followers were totally surprised, since they both have a great physical resemblance. And as is known, the same celebrity said that she lost communication with his family since she started in the world of adult cinema.

Given this, many wonder who that young woman is, Mati Khalifa,that stands out not only on OnlyFans, but also on Instagram and Twitter.

Who is Mati, Mia Khalifa’s sister?

Mati Khalifa is an 18-year-old Lebanese girl who has already become quite a personality. Although some doubt that she is really Mia’s sister, Mati herself posted on her official Twitter profile.“Yes, I am Mia Khalifa’s sister.”

This new star has more than 2 million followers on Instagram and combines the publications of his daily life with somewhat explicit content. As for Twitter, she has 37.6 thousand fans, where she also follows her sister.

Mati Khalifa follows in her sister’s footsteps on Onlyfans

Like Mia Khalifa, Mati is a star on OnlyFans . Also, to the surprise of many, the content is free. All you have to do is create an account to see what the young woman offers through said platform. However, in the same profile there are some packages that have a cost for personalized material.

Khalifa is attentive to fashion and it shows in her most recent publications, where she joined one of the last minute trends: the “underboob” .

This fashion began with bikinis: it consisted of placing the mesh bodice higher than usual . This was also transferred to the tops, as can be seen in the image published by Mati Khalifa.

Wearing glasses, a very short but long-sleeved sweater , and a white culotte , the 18-year-old posed from the couch and received hundreds of thousands of “likes” below the publication.

What is Mati’s relationship with Mia Khalifa?

Despite the fact that Mati claims to be the younger sister of the former adult film actress , the latter did not confirm the relationship on any occasion.

In her social networks, Mia has about 24 million and does not skimp on the number of publications: every day she shares several stories from her daily life and in none of them does she appear named Mati . Mati Khalifa has very few followers on her social networks, compared to her sister Mia, who already has more than 22.2 million followers on Instagram. However, she hopes to achieve the same level of fame as her older sister.

Mia Khalifa revealed that it is not possible to have all wishes fulfilled at the same time, as one of the consequences of having a rhinoplasty to improve your appearance was having to give up exercise for a while.

Through her Instagram account, the now youtuber, shared an image in which she is seen posing with a sports bra and her strong and marked abdomen exposed. There she explained that in order to recover from the nose job, she had to stop paying attention to his abdominal exercises for a few weeks.

“I had to sacrifice these abs for a nicer nose during recovery, but they will come back.”commented the 27-year-old model.

In addition to this confession, she asked his professional trainer for help to be able to continue doing his intense routine, as well as the gym she frequents, so that she can return to action

According to TMZ, the sportswriter underwent an operation that cost approximately $ 15,000 just over a month ago. And, according to sources close to the Lebanese, the decision she made was not recent. According to the portal, Khalifa wanted this operation since she was 14 years old, as it was one of his biggest insecurities.

“What I loved about @scarlessnose was that Dr. Dugar and I were on the same page about maintaining my strong Middle Eastern nose, just softening it up to make it more feminine. I can’t wait to show you the result !! #ScarlessNose #NotHidingBehindATree “, she commented

Despite everything, Khalifa expressed that she wishes his followers do not have unrealistic expectations about the physique of the women they see on the networks and even compared his own physique to that of a kitchen utensil, in an effort to dissuade his followers Regarding a future surgical intervention for aesthetic purposes:

“By the way, being transparent about this was never a question. Don’t idolize the women you see on social media and base your self-esteem on unrealistic comparisons. If you’ve ever looked at my boobs and you want yours to look like this, please remember that mine is made of the same material as the spatula in your kitchen drawer, ”she added.

Previously, Khalifa had spoken about how insecure she was about his weight. All of these meetings were something that pushed her into the pornography industry, as she received validation from the people who worked there.

“I think the reason I came in is because I had very low self-esteem. When I started getting some validation from the people who worked there, I felt like I had to do everything I could to stick with that, so I did it more than once as if it wasn’t just a video, “she told Evie magazine 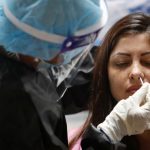 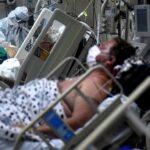