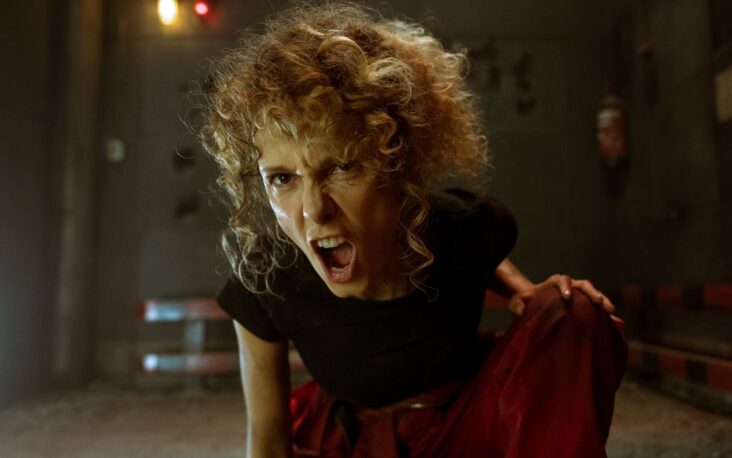 The first part of season 5 of La Casa de Papel is now available on Netflix and left some fans crazy with so many important events in the new episodes. From surprising twists to tragic deaths, the penultimate series of the series that has become a worldwide phenomenon has many surprises.

After breaking the hearts of fans with the death of Nairobi (Alba Flores) in the fourth year, many thought that the main casualties in the group led by the Professor were over. However, creator and screenwriter Álex Pina did not skimp on dramatic situations in season five.

Between deaths and fights full of gunfire and blood, La Casa de Papel once again highlighted characters that were overshadowed and without much function in the previous year. Berlin (Pedro Alonso) and Arturo (Enrique Arce) reappear to move the plot even further, whether in the past or the present.

At the end of the fourth year, Professor (Álvaro Morte) was surrendered by the now ex-investigator Alicia Sierra (Najwa Nimri). The new season explores what happens in the confrontation between the two and even advances in the situation of the policewoman’s pregnancy.

Check out the list with the main spoilers of Season 5 below:

To the utter despair of fans, La Casa de Papel lost perhaps one of the most important characters in its plot. Tokyo (Úrsula Corberó) is the victim of an armed confrontation between assailants and Spanish army soldiers. Despite being beaten down by the villains, her farewell has the essential emotional charge to make the audience cry in the last moments of the first part.

Cornered by soldiers in the Bank of Spain kitchen along with Denver (Jaime Lorente) and Manila (Belén Cuesta), Tokyo is shot several times during the confrontation. With no way to escape with her friends, she provides cover for the pair and faces the military alone.

With Denver and Manila safe, Tokyo still has time to say goodbye to the Professor and Rio (Miguel Herrán). For the second, she explains that, despite the pain of the loss he will suffer, the young man needs to think that it is the first day of his new life, since other loves must come his way.

Upon receiving further shots, Tokyo falls to the ground apparently defeated. However, smart as she always was, she reserves a surprise for the end. Before dying, the brunette takes the pins from the grenades she was carrying and explodes along with some of the soldiers – including Gandía (José Manuel Poga), thus avenging the death of her friend Nairobi.

One of the main highlights of the new episodes is the focus on Berlin’s past. Killed at the end of the second season, the character fell in favor of fans with his roguish and seductive way and ended up returning in flashbacks to help explain the creation of the plan to rob the Bank of Spain.

This time, however, the focus is different. The Professor’s brother receives a visit from Rafael (Patrick Created), his son, years before the events of the series. Berlin tries to convince the young man, who was raised far from the criminal world, to make a robbery alongside Tatiana (Diana Gómez), Bogotá (Hovik Keuchkerian) and Marseille (Luka Peros).

The whole plot of the robbery organized by Berlin does not interfere in the events of the Bank of Spain, but serves to introduce Rafael and Tatiana a little more into the history of the series. As the rogue knew he was going to die, it is possible that he wanted to create a bond between his son and his girlfriend so that they would not be alone after his death.

In the case of La Casa de Papel, it is likely that the pair will return in recent episodes as a surprise element in the Professor’s plan. Tatiana was a partner in Berlin’s crime, while Rafael got a taste for adrenaline as he participated in his first robbery.

Arturo and his hero complex

One of the most hated characters by fans, Arturo is once again featured in the fifth part of La Casa de Papel. With a hero complex and a bruised ego after Monica/Stockholm (Esther Acebo) left him for Denver, he once again faces the robbers to try to escape from jail.

This time, however, the character almost manages to wreak even greater damage to the Professor’s plans. Taking advantage of a group slip, he and the other hostages manage to steal weapons and face off against the assailants in an electrifying firefight.

Arturo leads the hostage group to one of the Bank’s exits, but the door is sealed with bombs. With no alternatives, they see an advantage in finding all the weapons hidden by the assailants. A new confrontation begins, and he is on the verge of winning when Denver and her friends’ ammunition runs out.

However, Stockholm manages to infiltrate the local air tubes and appears on Arturo’s back, managing to render the insufferable character. Before he could react, she shoots him in the chest and leaves him between life and death. He is taken to the hospital by some released hostages, but his fate will only be revealed in the later episodes.

Introduced to the public in season three, investigator Alicia Sierra was introduced to the plot of La Casa de Papel about to give birth to a baby. Nine months pregnant, she confronts Professor and the other assailants with the same determination as an athlete in his physical prime.

After surrendering Professor at the end of fourth year, she takes him hostage and insists that the master of crime reveal all his plans. With this, Alicia wants to clear her sheet and regain the prestige destroyed after Colonel Tamayo’s (Fernando Cayo) betrayal.

Alicia still manages to surrender Marseille and Benjamín (Ramón Agirre) when the pair return to the Professor’s headquarters after escaping once again from the authorities. However, the stock breaks, and the investigator needs the help of the trio to save her baby’s life.

The Teacher delivers, and Alicia has a daughter, whom she names Victoria. Her final moments show that she and her rival have made a brief truce, but the policewoman has hidden a tool in her sleeve to use at some point. Whether she will join the gang of criminals or remain on the side of the authorities, the series will only reveal in its latest episodes.

To the delight of fans, La Casa de Papel continues to feature guest appearances from well-known faces from previous seasons to further expand its drama. Besides Berlin, which was confirmed in the New Years since the beginning, other characters also return for the fifth season.

The main guest is Nairobi (Alba Flores), who appears in a flashback to Tokyo’s past. The two friends talk and exchange confidences in a time when both had not gone through so many adventures.

Moscow (Paco Tous), Denver’s father who died during the events of season two, also returns in flashbacks to add more layers to the plot involving Benjamín and Manila (Belém Cuesta).

One of the most surprising appearances in the new episodes is that of René (Miguel Ángel Silvestre), the Tokyo ex-boyfriend who died in a shootout with the police years before she joined the Professor’s group. The young man returns to explain the reasons for the brunette not to give herself up in her romance with Rio and adds even more drama to the episode of the character’s death.

Watch the trailer for the fifth part of La Casa de Papel: 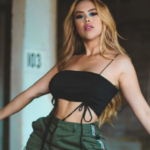