After the launch of its fourth season, Stranger Things once again captivated thousands of viewers around the world. The Netflix original series premiered its seven new episodes in style, which quickly became a rage due to the intensity of its plot. But, beyond that, one of the great points in favor of the new edition is the entry of new characters that gave a lot to talk about.

Although, of course, one of the ones that attracted the most attention was that of Amybeth McNulty, who brought Vickie to life in the fourth season of Stranger Things. The actress, who has catapulted to world fame thanks to her leading role in Anne with an E, joined the cast of this strip, being one of the most anticipated new members by fans. But her character has completely disappointed and so viewers want to see her again.

This is because, beyond the fact that the production described Vickie as a new and recurring character in Stranger Things, nothing like that has happened. Well, Amybeth McNulty appeared in only two scenes of the first episode while in the remaining six chapters she was conspicuous by her absence. So much so that more than one member of the audience complained about this situation and hope to see her again in volume two of season four.

For this fourth edition, Stranger Things was divided into volume 1 and volume 2, the latter being the one that is about to be released. It will be this July 1 when the final two chapters of the season are released worldwide and the anxiety to see Amybeth McNulty once again does not stop growing. It is that, without a doubt, the return of the actress to the series is something that could easily happen. Although, to tell the truth, the production has not confirmed it at all.

However, considering what happens in the plot, Vickie will be back as the show will bring together, in the last two episodes, all of her characters for the final battle with Vecna. So Amybeth McNulty would be ready to return to Netflix and convince her fans with her character and with everything that awaited her in the streaming giant’s original series that will end in a fifth part. 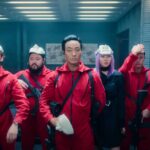 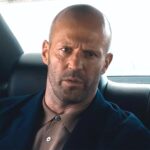