Matthew McConaughey recently appeared on The Ellen DeGeneres Show with Reese Witherspoon, and the Texas native revealed his long-standing celebrity crush on Witherspoon! During their conversation with Elle, the Sing 2 co-stars took part in a Q&A in which Matthew admitted his feelings! “I had a bit of a crush on the young lady sitting to my left,” he admitted, which surprised Reese.

“[Reese] was one of my early, early crushes, and if you’ve seen the movie, it’s impossible not to have a crush on [her],” he added. Reese then chuckled and made a remark about McConaughey’s sweetness. If you didn’t already know, Reese and Matthew’s upcoming film Sing 2 is a family-friendly animated film that the stars have been relentlessly promoting.

In other news, McConaughey recently spoke out about his decision not to run for governor of Texas. While appearing on The Tonight Show Starring Jimmy Fallon, he stated: “I came to the decision after a two-year thought process, really over the last couple of months. I was asking myself the original question and attempting to answer it: ‘How, where, and what can I do to be most useful to myself, my family, and the greatest number of people?’ At this point in my life, I’ve got a 13-year-old, an 11-year-old, and an 8-year-old, and the life I’m living right now, the storytelling I want to keep doing, it’s not the category for me at this point in my life.” 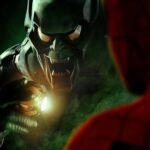