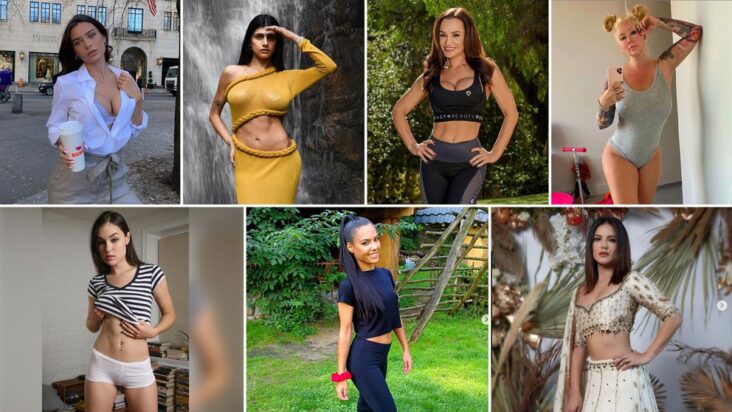 Originally from Beirut, Lebanon, Mia came to the United States in 2001, where she studied for an undergraduate degree at the University of Texas. Despite working as a model a few times during those days, Mia began acting in adult scenes produced by BangBros until she was 21, in October 2014.

“The reason I thought it was okay to do pornography was because I thought no one would find out. There are millions of girls filming themselves having sex and doing things like that, and nobody knows their name, nobody knows who they are, nobody recognizes them. So I wanted to do it as a ‘dirty little secret’, but it exploded in my face, “ Mia confessed in an interview with the BBC.

Life after the veil of Mia Khalifa 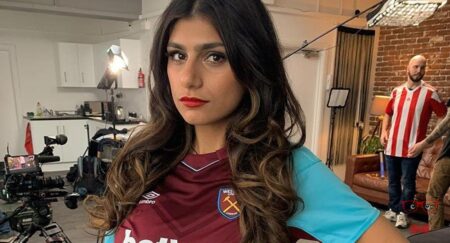 Mia’s career in the industry was really short; In total, Khalifa shot 12 videos, for which he earned $ 12,000, according to BBC data. However, that website for adults with which he signed a contract in 2014, continued to benefit financially from his image and obtaining profits that reach millionaire figures.

“Yes (I think I suffer from PTSD), and I think it kicks in mainly when I go outside because I feel like people can see through my clothes and I am very embarrassed and it makes me feel like I have lost all my privacy. Because I’m a Google search away, ”Khalifa continued in the interview.

Since resigning from the industry, Mia resides in California and has become one of the most influential people of our time ; with more than 23 million followers on Instagram and 3.6 million followers on Twitter. He has also been a part of film projects such as the Amazon series Ramy, and recently started an account on Onlyfans .

Jenna Massoli resigned at the peak of her camera career to lead a quiet life in Hawaii. (Photo: File)

After a stormy relationship with drugs and an obviously deteriorated state of health, Jenna Massoli, who until then had worked as a stripper in different Las Vegas casinos, decided to try her luck in the world of adult cinema.

According to the biography that she wrote herself, Jenna was 19 years old when she began her career as an actress in pornographic films. In large part to take revenge on her ex-boyfriend, who curiously was responsible for the double heart tattoo that he has on his buttock and that would remain imprinted in the memory of his followers, and also to achieve financial stability.

Jenna then concentrated a fortune that reached the figure of USD 30 million in 2005, according to Forbes magazine . However, a few years later, in 2008, he decided to retire triumphantly from the scene and dedicate himself to his family. In 2008, Ann starred in one of the most recognized pornographic films in American history. This is Who’s Nailing Palin, where she played the then governor of Alaska and contender for the vice presidency of the United States, Sarah Palin. The unusual resemblance between the two and the heated situation made that staging a resounding success , making it a pioneer of adult scenes that parody political characters.

During those years, Ann dedicated herself to her other great passion: sports, and participated as a commentator in some broadcasts of the American radio channel, Sirirus XM Fantasy Sports Radio. He also wrote an autobiographical book.

However, in 2018 Lisa returned one last time to star in two new scenes, before walking away from the industry and saying goodbye to the recording forums forever.

“I decided that I wanted to do it for my last two scenes before finally retiring. (…) I have done around 300 scenes, although the Internet says 500, I am delighted by everything that this profession has offered me, and I am very happy to attend industry events, but at the same time I do not feel the same as before, “ said the actress in an interview with the entertainment medium LADbible at the time. 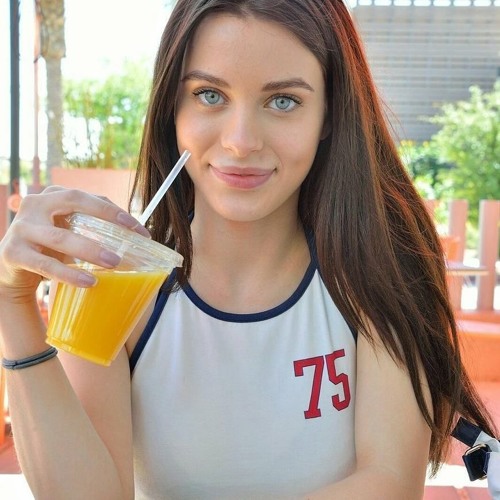 However, Lana left the scene in 2017. Although there are no clear reasons why she made that decision, the adult actress has expressed her dissatisfaction with the industry on several occasions.

The actress soon began her career as an influencer and managed to share her own content from her social networks , as well as modeling and hosting the podcast 3 Girls1Kitchen . Currently, Lana has 14.4 million followers on Instagram and more than a million followers on Twitter. Apolonia diversified her career and participated in an album by the group “El Mago de Oz”. (Photo: File)

” I want to be my own boss, my own director, control everything myself, with my team, thanks to applications such as OnlyFans, “ added the La Mancha actress.

From then on, Apolonia has dedicated itself to nurturing the content it publishes on social networks, especially on that platform that allows suggestive and explicit content to be shared with those users who pay a subscription. 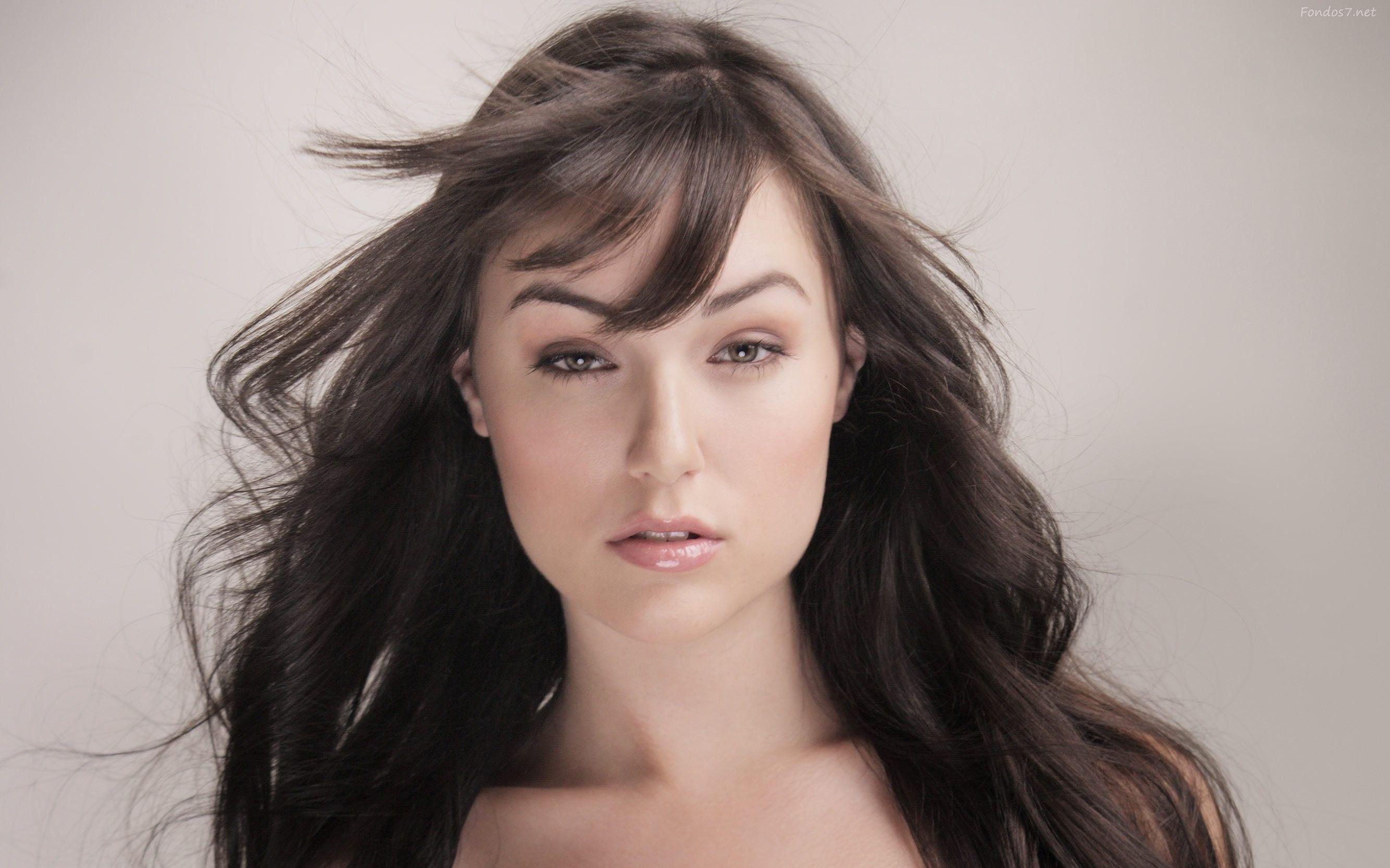 Sasha was the first actress to lick a toilet during a scene. It was in the industry records forever. (Photo: File)

One of the best known faces in the world of pornography is Sasha Gray. A woman who marked a before and after in the way of making films for adults, an industry that after her became even harsher and more extreme with women’s bodies.

“It is believed that we are stupid girls who were victims of abuse, drug addicts, that we do not know what we are doing and that we are not focused on the business. I realized when I started and I kept thinking that it was a possibility that I would meet people like that. But the reality is that there are a huge number of women who are happy with their careers and where they have gone with their lives. It is a shame that we do not listen to the positive stories ”, he told the same publication.

Like a whole case of cuteness, Sasha stopped filming scenes in 2009, with the justification of “having done it all” and wanting to unleash his many talents.

Currently Sasha has a loyal fan base and streams while playing some video games. On social media, share details of his quiet life. Sunny Leone’s name is the most searched on Google in India. (Photo: File)

Currently, the actress has more than 43.6 million followers on Instagram and stars in a reality show about her life. Sunny owns Star Stuck, a cosmetics line that includes products such as lipsticks and mascara. 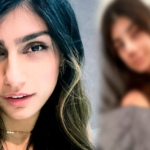 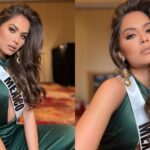