It was revealed today by the band’s representative agency that the female K-Pop band Blackpink will be releasing a new studio album in August, just in time for the band’s long-awaited global tour, which will kick off at the end of this year. It will be the first collaborative work published by the band comprised of Jisoo, Lisa, Rosé, and Jennie in almost a year and ten months, since “The album” was made available to the public in October of 2020.

It’s the band Blackpink “which is now in the process of finishing the recording for their most recent album. They are going to begin shooting a music video this month, and they are going to release new songs in August “According to a statement released by the YG agency, the band will wrap up the year by embarking on the longest and most extensive international tour ever undertaken by a female band from South Korea.

The formal confirmation follows previous statements made by members of the band, such as Jennie or Rosé, in which they said that they were planning to create new music and go on a global tour around the end of 2022. The solo works that were published by Rosé herself (who released “R” in March) and Lisa (who released “Lalisa” in September) were both great sellers during the previous year. Blackpink is the musical group that has amassed more than 75 million subscribers on the video-sharing website YouTube, making them the most popular band in the world. 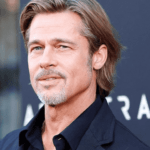 Brad Pitt has a rare condition called prosopagnosia. What exactly is it?
Next Article 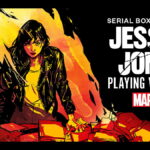