A few years ago, Belinda collaborated with Juan Magán on Te Voy an Esperar, an original theme for the animated film Las Aventuras de Tadeo Jones (2012). Now, for the third installment, Beli returns with the song Si Tú Me Llamas with Omar Montes, who has gone viral thanks to La llama del Amor, the number one TikTok trending song.

Tadeo Jones 3: The Emerald Tablet is scheduled to be released on August 26. In this installment, the explorer will arrive in Mexico, Chicago, Paris, and Egypt in a new adventure.  It should be remembered that the theme of the first part, Te Voy an Esperar, was nominated for a Goya Award for Best Original Song in 2013.

The Princess of Latin Pop shows that her return to music is very strong, as this collaboration joins Eden, Colorblind, and the international success LAS12 with Ana Mena. All released in 2022. On the other hand, 2022 has been Belinda‘s return to acting and the stage, as she is the protagonist of the Netflix drama, Welcome to Eden. While she sang at the Machaca 2022 Festival, in Monterrey, Nuevo León.

As if that were not enough, Belinda’s mother shared a video in her Instagram “stories” in which a recording studio is seen, but what was surprising is that she tagged her daughter Belinda and the Spanish singer Abraham Mateo.  While, for his part, Beli shared videos in which he is seen recording in the studio with Abraham on the console; however, it is unknown what project it is. Although everything indicates that it will be a musical collaboration. 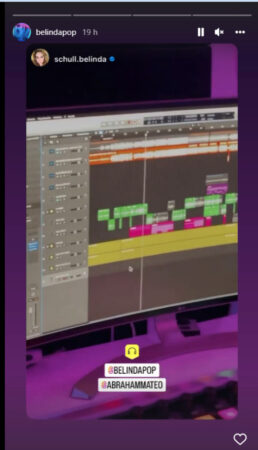 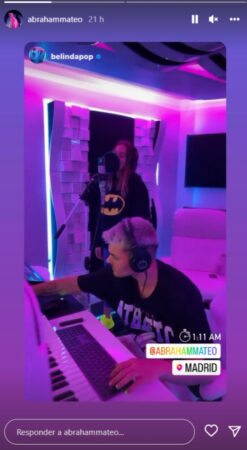