The secrecy about what will happen in the episodes of the eighth and final season of ‘Game of Thrones’ is sharpening the imaginative capacity of all the fans of the series. A small clue, either in the mouth of the actors themselves or by a tattoo, makes shoot all kinds of theories about the end of one of the best fictions of all time.

The last published teaser of the last season of ‘Game of Thrones’ has served to announce the date of its premiere, which will take place on April 14 in the US, landing on April 15 in Spain. However, that small advance that little more than a minute that does not even bring “new” images has set in motion the powerful machinery of theories.

Sansa Stark, Arya Starky Jon Snow are the protagonists of an advance that takes place in the crypts of Winterfell, while the echoes of the past echo in the form of stone figures: Lyanna Stark, Catelyn Tully and Ned Stark. “In the end, the three protagonists face off against their own rock statues and an eternal winter that seems to reach the very gates of Winterfell.

These images have brought with them many theories that have flooded the internet and here are some:

1 The Union or Death of the Starks

The simplest theory is that Sansa, Arya and Jon will end up dead, since in the crypts of Winterfell only the stone statues of those who perish are placed. This theory seems unlikely because the disappearance of the brothers would result in the extinction of the Stark house – in the absence of Bran, which we will talk about. In this way, it could be a narrative resource in which the characters see the destiny that the victory of the Night King.

Especially relevant is the union of Jon, Sansa and Arya, underlined by the appearance of the figure of Catelyn Tully. “All the misfortune that has fallen on my family is because I could not love a child without a mother,” recalls the matriarch. This could be a warning to their daughters not to make the same mistake and stay with Snow, this union being the only weapon for survival.

2 The significant absence of Bran

The character of Bran, both in the novel and in the adaptation of HBO, has been susceptible to wide and varied theories about him and who he is. The absence of Bran in this little advance of ‘Game of Thrones’ has not been worth for fans do not theorize about him, as some think it is more present in the video than it might at first seem.

At first, many wanted to understand that the absence of Bran is due to the fact that this meeting of the three brothers in the crypts of Winterfell really is a vision of Bran. Considering that he is now the Raven of the Three Eyes, it could be possible.

A theory derived from its absence during the first teaser of ‘Game of Thrones’ is that it opens the possibility that Bran, as has been speculating for some time, is the Night King itself. This is based on his ability to travel in time, being a green-green. In one of those trips, it arrives at the moment in which the Children of the Forest created the Night King with the misfortune of being trapped in the body of the commander of the White Walkers.

What is clear is that the character of Bran must have a major importance at the end of the saga of ‘Game of Thrones.

4. A Dragon in Winterfell

It is perhaps one of the craziest theories that have run like wildfire among fans. In it, the Starks would have a dragon “hidden” in the Crypts of Winterfell. This is based on two things: first, Bran himself had a vision of a winged serpent flying through the castle and, second, by the gargoyles, in the form of a dragon – according to the fools of this theory – that adorn the walls. 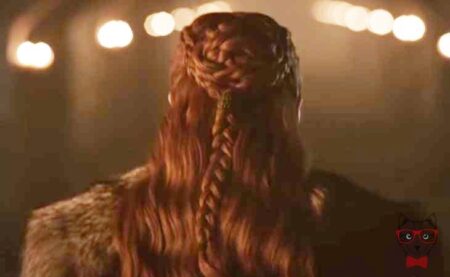 In the age of super-analysis, every detail is extremely important. Sansa Stark’s hairstyle has also been watched with a magnifying glass in this new advance. In the teaser her hairstyle is very similar to those of Danenerys: a simple recognition towards the new queen or an evolution in the trait of her personality. And it is that Sansa’s own hairstyle has been evolving throughout these seasons: from her own mother, going through Margaery Tyrell and ending with Cersei.

It is also remarkable the position of the eldest of the Stark sisters, standing in the center between Jon and Arya, who unsheathe their swords to face danger. Once again, it would be clear that Sansa will exercise his brain as his main weapon.

6. The Great Other and the great battle 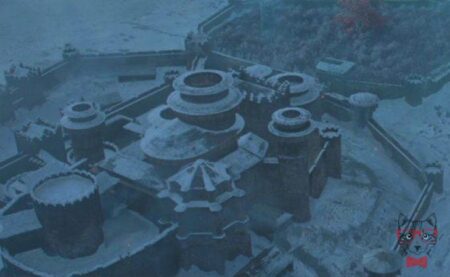 The arrival of ice in the final part of the teaser can give rise to another theory: the Great Other. The considered god of darkness, cold and death who is the enemy of R’hllor, the Lord of Light. According to many fans of the saga, this god would be locked inside the crypts of Winterfell that would act as a prison. Could it be that the Night King  wants to get to Winterfell to free him?

However, the icy end of the teaser can be theorized that the most important battle will be fought on the same walls of Winterfell: with worse or better results, that remains to be seen. Will the cold win the fire? 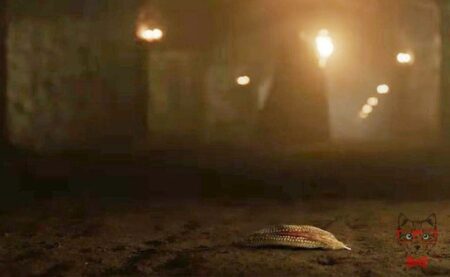 The feather that falls from Lyanna’s hand was placed there in the very first episode by Robert Baratheon, when he visits Winterfell. Lyanna was betrothed to Robert, but eloped with Rhaegar Targaryen before the wedding could take place. We see the feather again in Season 5, when Sansa is visiting the crypt.

“The last time we saw the statue of Lyanna was in the pilot episode,” he said in a production diary. “King Robert Baratheon laid this exotic, tropical bird feather in her hand. As we were preparing the scene [with Sansa], we thought: That feather’s probably still there. People haven’t been going down there and cleaning up much. Certainly after Ramsay destroyed Winterfell, there hasn’t been a janitorial crew going down and vacuuming.”

So, the feather represents the (kind of open, at this point) secret of Jon’s origin – and him walking by his mom’s statue, and glancing back at the feather falls is a huge moment of dramatic irony. It feels like everyone knows this spoiler at this point except for him, and the writers are almost nudging the audience like it’s an inside joke.

The feather could also be a nod to the other important bird of the series: the raven. Bran is the only living Stark sibling not hanging out in the crypt in the teaser, which makes good sense, but the feather is a nice placeholder for him, and adds heft to the symbol. The three-eyed raven can see into the past, and in a way can see into the future – and that feather seems to link the two.