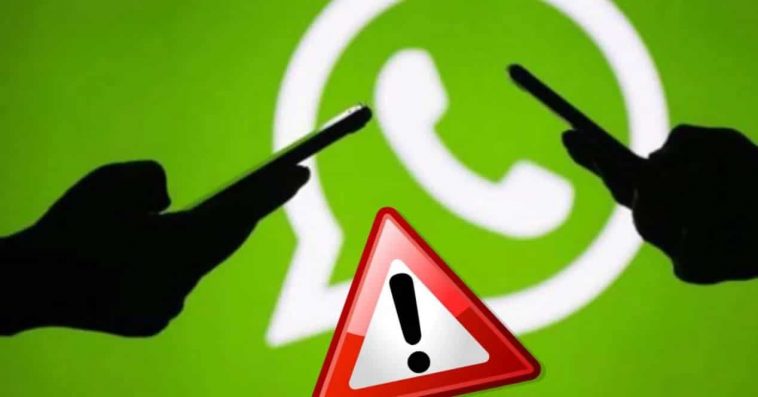 WhatsApp: these are the six reasons why your account could be suspended

WhatsApp is the most used messaging application in the world and, perhaps, for this reason, is that its security policy is one of the strictest. In fact, its developers are quite transparent about the reasons why they might suspend your account. In summary, there are six strong reasons that would constitute a violation of the terms and conditions and that could end in a temporary or permanent ban. Which are? We detail them here.

To prevent this from happening, it is better to be informed. That is why here we bring you a list of the six reasons that can cause your WhatsApp account to be penalized.

WhatsApp does differentiate between conversations with a contact that you have saved and the one you have with an unknown number. Sending repetitive and mass messages to phones that you do not have scheduled will attract the attention of the application team to review your account. In this way, you could enter the list of banned numbers on the platform.

If your number has been blocked from WhatsApp by many people, that is, from five to more, you will enter the app’s radar, especially if the block is made by people who are not on your contact list. It is related to spamming, since sending too many irrelevant or unwanted messages will cause you to be blocked.

If someone from your contacts reports you to the WhatsApp team due to offensive, unnecessary or impertinent messages, the app can take action against you and access your latest conversations to deliberate what sanction would be the most appropriate.

If you use your WhatsApp number to create accounts in apps like WhatsApp Plus or GB WhatsApp, the consequences will be permanent. These ‘alternatives’ modify the application interface and add features that the original does not have; however, they are terminally prohibited, and using them is considered to be in breach of program rules.

You can’t send or upload copyrighted material on WhatsApp to your statuses. That is, uploading a YouTube music video to your statuses or through personal or group chats would carry a penalty.

How to stop receiving WhatsApp notifications?

The vacation mode changed its name weeks before being implemented in the official versions of WhatsApp; however, its operation is identical to what was planned from the beginning: allowing the user to block notifications only for some specific conversations.

The function changed its name to something more precise: keep chats archived, so that once we send any conversation, whether group or individual, to that section, it will remain there even if we receive new messages.

Few WhatsApp users know that the application allows you to bold, italicize, and underline certain texts, in order to highlight these messages and that in this way the other person knows that they are important.

WhatsApp has become an essential app for anyone in both the work and personal environment, which forces many to have two phones, one for each environment. However, if you want to avoid carrying two mobiles with you, WhatsApp has a trick to use two accounts on the same device.

If you want to know this fantastic secret trick of WhatsApp, which will allow you to be ‘ invisible ‘, then do not hesitate to review the following video, which soon became a trend on social networks, especially on YouTube.

WhatsApp: hide the ‘online’ and ‘check’ blue with this secret WhatsApp Web hack

Write it down. If WhatsApp is known for something besides being used by millions of people in the world, it is definitely for bringing more than one ‘ secret trick ‘. Now you can stay connected in the app without showing ‘ online ‘ and read messages without leaving the blue check without touching your Android or iPhone, all thanks to a method only possible with WhatsApp Web. Are you interested? We reveal it to you here.

This secret trick is very useful, as it allows you to remain ‘ invisible ‘ within WhatsApp without having to deactivate the option to show status, which would force you not to be able to see if others are also connected.

Thousands of users have been surprised to learn that there is a secret method that allows us to convert the audios they send us to WhatsApp into text messages. This great trick can be of great help to us when we are in class or in a work meeting and we cannot reproduce the voice notes that come to us.

For those users who want to know the content of voice messages without having to listen to them. We explain the incredible trick that you must apply to transcribe to text what they have sent us to WhatsApp in a simple and freeway.

So you can read deleted messages

Some people usually delete their WhatsApp messages before being read, this often annoys the recipient, who is left wondering what the deleted text said. If you belong to this group, there is a trick that will fascinate you.

This secret trick, which very few people know, allows you to read deleted WhatsApp messages and if you want to learn it, then you must follow the steps that we show you in the following video that was published on YouTube.

How to activate the ‘dark mode’?

The dark mode of WhatsApp changes the green that characterizes the instant messaging application and replaces it with a black, this to protect the view of users who chat at night with your friends, family, coworkers, etc.

If you want to use WhatsApp’s dark mode, then we recommend applying the following secret trick that has just been shared on YouTube and that thousands of people are already using with very satisfactory results.

WhatsApp introduced major progress of his ‘picture-in-picture’ (PIP) tool that allows easy viewing of video on Youtube from the same chat conversation, ie no longer need to leave the app.

This novelty of WhatsApp arrived for Android users can continue playing video from YouTube via a floating window when you switch to another chat or even if you leave the platform and access other applications.

WhatsApp: know the ‘secret tricks’ to get rid of spies

Stay safe. WhatsApp is one of the most used applications in the world by Android and iPhone users . For the same reason, the app can pose a risk to your privacy causing spies to have you added as a contact without your knowing it. Happily, there are a few secret tricks to quickly spot any intruders and block them. None require third-party applications. Do you know them? We are going to explain them here.

By WhatsApp spy, we mean anyone who may be in search of certain types of private information in your account or the account of many, or simply who is following your actions in said app. 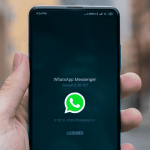 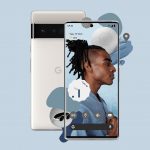