If you have a WhatsApp, Facebook, and Instagram account and are having trouble using these popular apps, you don’t need to worry. This is not a connectivity problem, nor is it that you have run out of data. Like you, many users around the world have started to report problems on other social networks like Twitter.

According to Downdetector, a famous website that alerts about the crashes of various applications, the malfunction of WhatsApp, Facebook, and Instagram began around 11.35 am (Peruvian time). Although the peak of reports was high for several minutes, they ended up decreasing, which means that the problem was not that serious.

Applications did not issue statements

Unlike the fall of last October 4, 2021, when even Mark Zuckerberg himself apologized for the problems, this time the official accounts of WhatsApp, Facebook, and Instagram have not provided any official communication, since this malfunction would have been solved by its technicians in record time and without major setbacks.

Users annoyed with the fall

Although this failure lasted a short time, that did not stop many users on Twitter from complaining, some even shared funny memes to ironically that ‘it was going to happen again’, referring to the fall that occurred at the beginning of October, which lasted about six hours and was a trend in various parts of the world. Here are some of the reactions. 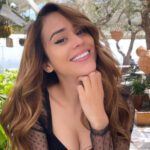 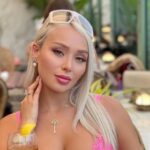