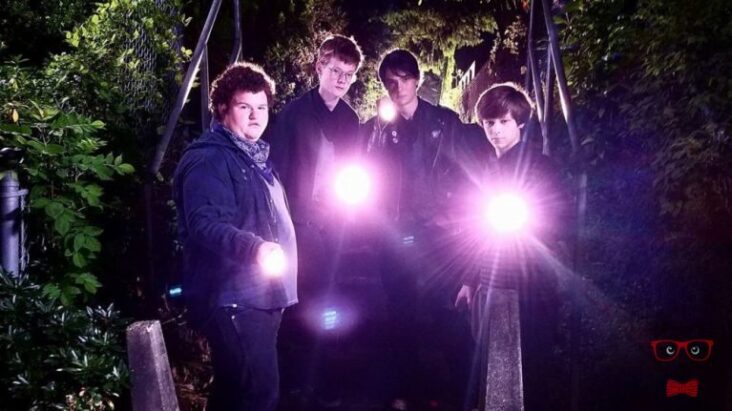 Can confirm that the end of “Summer of 84” really obsessive. But the way to end it for the audience is too long, not attractive.

Summer of 84 is set in a fictional suburb of Ipswich, Oregon, USA. In the summer of 1984, a tense atmosphere enveloped the entire area as a whole series of teenagers disappeared, and police claimed that a mass murderer was hiding here.

But a slew of news and warnings on the news and TV spots surrounding the incident did not scare Davey (Graham Verchere), Tommy (Judah Lewis), Dale (Caleb Emery), and Curtis (Cory Gruter-Andrew) .

Despite the “favorite” age of the murderer, the quartet always show curiosity, even excitedly tracing bad guys.

Linking a series of events that he saw, teenagers suspected that good-looking, friendly police officer Wayne Mackey (Rich Sommer) was the culprit behind a series of disappearances.

However, there is no adult who believes that a police officer is a scary serial killer.
“The Brothers” by Stranger Things From the very first footage, Summer of 84 brought audiences back to the 1980s with a series of iconic images of the era: from costumes to communication through the phone, or the sessions. Overnight at your home and the missing milk carton.

Adding to the soundtrack is the main organ, the film immediately reminds people of the Netflix Stranger Things series with the context and the subject is almost similar.

The summer of 1984, or the 1980s in the United States, was like that. Teenagers make extra work by delivering newspapers, and then wandering around, immersed in adventures that exist only in the imagination.

With a clear atmosphere at the beginning of the film, the audience can feel that the quartet of Ipswich is fortunate enough to have a chance to embark on a true adventure.

However, as the suspicions turn to police officer Wayne Mackey, who is also Davey’s neighbor, that feeling will go away, and give way to mystery.

After a relatively humorous and successful showcase of the 1980s, Summer of 84 moved on to focus on young people, especially Davey.

This is natural because they are the main characters. However, the details surrounding the teenagers are only marginalized stories that are innocuous, can not help highlight character character.

At the same time, the pursuit of the killer identity as a dead end, although the children show a variety of plans. The “accusers” in their eyes are Wayne Mackey with so much solid evidence, as well as “untouchable” status. And these two combined to make the circuit of the movie Summer of 84 become more severe in the middle.

It was not until the last 20 minutes, when the truth was revealed, Summer of 84 became more dramatic. The movie even “bumps” suddenly into an extremely realistic direction to create the obsession for the viewer.

Even so, that would be another perspective, the “adult”, of the 1984 summer adventures of the four young teens in the film. Risky behaviors can make people more mature and recognized. But it also means sacrifice, loss, and the obsession can follow for life.

To be fair, the end of Summer of 84 really haunts. But the sudden trilogy of the film, from clear to dark, is still pretty sudden. It lacks some supporting details to make it even more convincing. Anyway, the ending was enough to save the boring time before.

Because of Summer of 84’s focus on Davey, young actor Graham Verchere is the one with the most land. He owns a handsome, gentle, and pleasant face. Looks a little meaty, but after many events in the film, Davey fully deserves the role of the quartet.

Unfortunately, the boys are Tommy and Dale. They live in families that are not peaceful, have to wounds in the soul. But both are only roughly described, even superficial.

Overall, Summer of 84 can help some of Stranger Things fans quit while still waiting for season three. The ending of the movie is very obsessive, but the audience needs a little patience to get to the destination.

The movie is being shown nationally under the horror of ’84. 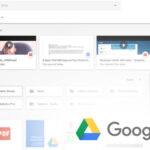 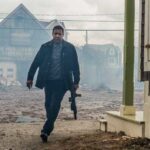