(Shanghai) Residents of Shanghai hastily contained despite anti-COVID-19 restrictions being lifted last week, expressed their anger on Monday after two months of grueling confinement in the metropolis, found the AFP.

China’s economic capital, the country’s most cosmopolitan city, was locked down in stages from late March in response to a nationwide outbreak, the most virulent since 2020.

After easing several restrictions in recent weeks, authorities have since Wednesday allowed residents of areas deemed “low risk” to move freely around the city.

While many have returned to normal life, several hundred thousand others remain subject to restrictions, while some have to lock themselves up again after the discovery of infected people.

This is the case of the inhabitants of a residential complex in the district of Xuhui, located in the center of Shanghai and which includes part of the former French concession.

“Serve the people! “, chanted against them from the demonstrators, through a fence.

A resident named Li told AFP that tempers began to heat up after a sudden lockdown in the neighborhood on Saturday.

“I am outraged! “said this man who did not wish to give his full identity for fear of reprisals.

“After two months of confinement, we can’t take it anymore. (In the residence) we are all negative, so why to lock us in a cage? he wondered.

The residents of the residence fear being forcibly sent to a quarantine center, wrote a local media, in a message quickly censored on social networks.

Under the zero COVID-19 national health strategy, positive cases are placed in quarantine.

Sometimes, all the inhabitants of a building or even a residential complex must be taken to a quarantine center to be isolated.

At the height of Shanghai’s lockdown, however, people who tested negative were also forced to self-isolate outside the city. Some hundreds of kilometers from their homes.

While many Shanghai residents have been celebrating their newfound freedom in recent days, more than half a million remain subject to movement restrictions, according to the city hall. 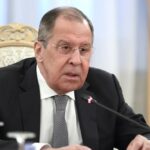 Russia furious after airspace closed to Lavrov’s plane
Next Article 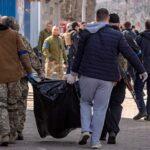