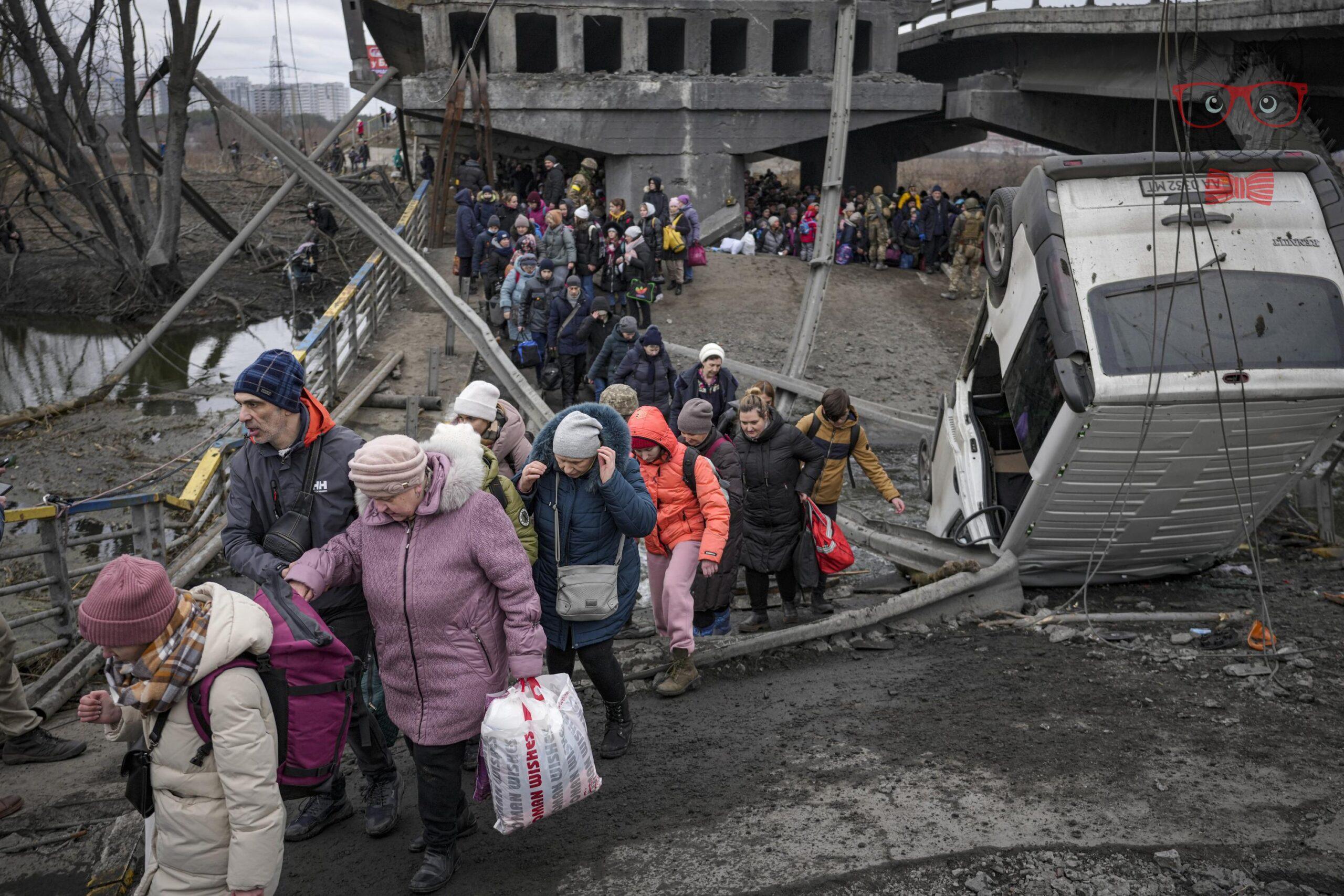 German Chancellor Olaf Scholz spoke by phone with Russian President Vladimir Putin again, more than six weeks after the last time they spoke, the Kremlin reported today. The Russian government added that the talks took place at the initiative of Germany.

Contents
08:09 Germany and Russia07:27 New offer to Putin06:55 Soldier’s statements on trial05:33 Another visit from the Vatican04:28 Russian soldier will appear in court this Friday for war crimes01:45 Two new battlefronts emerge in Ukraine00:53 Russia’s revenue from the sale of oil increased by 50%23:25 A Russian diplomat admits that the invasion is not moving as fast as they would like22:50 UN official asked Putin to lift the blockade of Black Seaports22:27 For Zelenskyy, Vladimir Putin does not have the “courage” to admit Russia’s “strategic defeat”21:54 the UK calls for more sanctions on Russia21:51 Negotiations continue to evacuate Ukrainian soldiers from Azovstal21:45 The Kremlin threatens retaliation if Finland joins NATO

Scholz had already announced that he would resume contact with Putin in statements before the Parliament’s Defense Commission (Bundestag). “At some point, of course, the conclusion is reached that there must be diplomatic initiatives again,” said government spokesman Steffen Hebestreit, explaining the initiative. He also added that the goal is “to find a way out of this terrible war with its terrible number of victims, much destruction and all the nonsense that war entail

The president of Ukraine, Volodymyr Zelenskyy, reiterated his willingness to meet with his Russian counterpart, Vladimir Putin, without the need for other governments to mediate, although he made it clear that “there should be no ultimatums ” from the other party, which always calls for certain commitments from Kyiv.

Zelenskyy, however, did make it a requirement that Russian forces must leave Ukraine. “It is our condition to speak,” said the Ukrainian president during an interview with the Italian television network Rai in which he stressed that he will not give in on matters of sovereignty. Thus, he stressed that he will “never” recognize the autonomy of the regions controlled by the separatists in eastern Ukraine and whose independence was endorsed by Putin. Nor will he budge on Crimea, a peninsula that Russia annexed in 2014 and that Zelenskyy keeps “within Ukraine.”

Ukraine began the trial of a Russian soldier accused of murdering Ukrainian civilians on Friday, the first war crimes trial in the country since Moscow invaded its neighbor. Sergeant Vadim Shyshimarin, 21, is accused of shooting a 62-year-old Ukrainian man in the head in the northeastern town of Chupakhivka. He could be sentenced to life in prison.

The incident occurred in the first days of the war when the tanks advancing on Kyiv suffered an unexpected defeat and their occupants withdrew. Shyshimarin, a member of a captured unit, admitted to shooting the civilian in a video released by the Ukrainian Security Service.

“They ordered me to shoot,” the soldier said of the February 28 murder. “I shot him once. He fell and we kept going.” His statement is “one of the first confessions of the enemy invaders”, according to the Ukrainian security services.

05:33 Another visit from the Vatican

The Vatican Secretary in charge of Relations with States, Paul Richard Gallagher, a figure who serves as Foreign Minister, will travel to Kyiv (Ukraine) next Wednesday, May 18, and is scheduled to meet with his Ukrainian counterpart, Dmytró Ivanovich Kuleba.

”I will go to Kyiv next week if all goes well. I will travel next Wednesday and on Friday the 20th I will meet with the Minister of Foreign Affairs,” Gallagher anticipated in an interview collected by Europa Press on the Italian news program Tg2 Post, on the Rai television network.

The cardinal defended the position of European countries to send weapons to Ukraine for “defensive purposes.” “I think it has to be proportional: we don’t want to get back into an arms race. We also have before us a war that is more dangerous than ever because there is the ‘nuclear dimension,’” he noted.

04:28 Russian soldier will appear in court this Friday for war crimes

Sergeant Vadim Shyshimarin is accused of shooting a 62-year-old man in the head through an open car window in the northeastern town of Chupakhivka. He faces a maximum sentence of life in prison, according to the section of the Ukrainian penal code.

Shyshimarin’s lawyer, Victor Ovsyanikov, acknowledged that the case against him is strong but said the final decision on what evidence to allow will be made by the Kyiv court. Ovsyanikov said that he and his client had not yet decided whether he would plead not guilty or guilty.

The trial of Shyshimarin, 21, who was part of a captured tank unit, will take place as Ukraine’s prosecutor general takes on a growing number of investigations into allegations of killing, torture, and abuse of civilians by Russian forces.

The Ukrainian troops dispute the Lugansk and Donetsk regions with the Russian militias. As the army led by Vladimir Putin tries to take over both territories, local soldiers seek to contain and isolate them.

The limits of the rivers in the east limit the movement of both regiments and have even caused mishaps in recent days. Among them, was the loss of almost the entirety of a Russian battalion on the bank of the Siverskyi river that was made up of around 50 tanks and 1,000 soldiers.

This defeat seems to be one more example of the problems faced by the Kremlin’s armed forces to strengthen their presence in that region of Ukraine. “We still consider the Russian ground force in the Donbas to be slow and uneven,” he said from the US Department of Defense.

According to the General Staff of the Ukrainian Armed Forces, the Russian troops aimed to attack Lyman, a city of 20,000 inhabitants located 27 kilometers west of the scene of the confrontation.

According to a report published by the International Energy Agency, Russia earns $20 billion a month from selling some 8 million barrels of crude oil and petroleum products a day since the beginning of this year. The information was disclosed by The Kyiv Independent.

23:25 A Russian diplomat admits that the invasion is not moving as fast as they would like

Russia’s ambassador to the European Union has said Moscow’s invasion of Ukraine is on the way, but not moving at the speed some people in the country wanted. Still, Vladimir Chizhov told Sky News that Russia could have “overwhelmed” Ukraine if it had wanted to.

“It continues at a certain speed, taking into account the various aspects of the situation in Ukraine, including the need to protect the troops, the Russian troops, and the allies of the Donetsk and Luhansk People’s Republics, as well as the civilian population,” the ambassador said.

He added: “If the Russian army had followed the pattern of the United States and other Western countries, we would have already overwhelmed Ukraine several times. But that was never the intention. Actually, I must repeat that it was not Russia’s intention to capture territory in Ukraine.”

David Beasley, head of the United Nations World Food Programme, pleaded with the Russian leader to reopen Ukraine’s Black Sea ports before a global calamity occurs as famine escalates around the world. “If he has any heart…” Beasley said.

“Millions of people around the world will die because these ports are being blocked.” Vital shipments of Ukrainian agriculture, known as the breadbasket of the world, were trapped after a blockade of the port of Odesa and its neighbors was carried out.

“If you don’t solve and open up this port problem, Ukraine’s economy will completely collapse,” the head of the World Food Program told the SABEW conference in New York. “It remains landlocked like Moldova. Ports are critical,” he closed.

22:27 For Zelenskyy, Vladimir Putin does not have the “courage” to admit Russia’s “strategic defeat”

Ukraine’s president criticized the Kremlin leader in a new late-night speech, saying “Russia’s strategic defeat is already obvious” and “Russia does not yet have the courage to admit it.” “They are cowards. It tries to hide the truth behind missile, air, and artillery attacks,” Zelenskyy remarked.

And he completed: “Therefore, our task is to fight until we achieve our objectives in this war. Free our land, our people, and ensure our safety safely.” The message was given in a six-minute video that the Head of State uploaded to the social network Facebook.

21:54 the UK calls for more sanctions on Russia

UK Foreign Secretary Liz Truss has called on international allies to impose further sanctions against the Kremlin, “until it fully withdraws from Ukraine and accepts peace,” according to a UK statement after a meeting. of foreign ministers of the G7.

Truss also stated at the same time that he urged the countries that are part of NATO (North Atlantic Treaty Organization) to supply Ukraine with NATO-standard equipment by the end of the summer, as well as the necessary training and experience to use it.

Deputy Prime Minister Irina Vereshchuk announced that representatives of the Red Cross and the UN will meet to continue the dialogue with Russian authorities. The goal would be the possibility of forming a “humanitarian corridor” and first evacuating soldiers in serious condition, The Kyiv Independent reported.

Kremlin spokesman Dmitry Peskov said Russia would “definitely” view Finnish membership as a threat, with the Foreign Ministry in Moscow adding that it would have to take “military-technical” measures and offer an “armed response” if Helsinki requested joining NATO.

“The expansion of NATO and the alliance’s approach to our borders do not make the world and our continent more stable and secure,” Peskov said, insisting: “Everything will depend on how this process is carried out, how far military infrastructure to our borders.”

He also stressed once again that “we would be forced to take reciprocal measures to address the resulting threats to our national security.” Finally, he accused NATO of seeking to create “another flank for the military threat” and said that Helsinki should “know the consequences of such a move.” 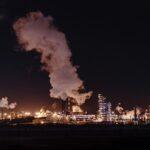 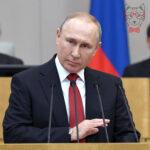