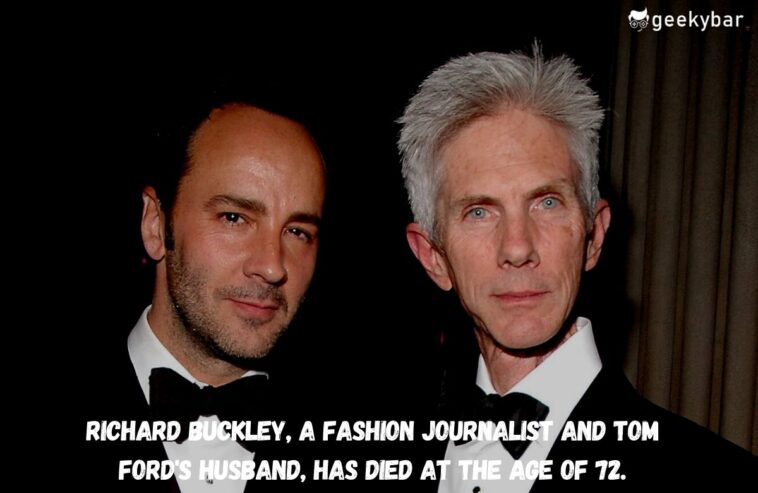 Tom Ford announces the passing of his loving husband of 35 years, Richard Buckley, with tremendous sadness. “Richard died peacefully at their Los Angeles home on Sunday night, surrounded by Tom and their son Jack,” a Ford official said in a statement.

After a protracted illness, the fashion journalist died of natural causes.

Buckley, the former editor in chief of Vogue Hommes International, and Ford, 60, met in an elevator at a fashion event in 1986, when the native Texan was 25 and the New Yorker was 38.

Buckley began his career at New York magazine in 1979 and went on to work for Women’s Wear Daily, Vanity Fair, and Mirabella until being appointed to lead Vogue Hommes in 1999.

“Our eyes connected, and within a month, we were living together,” Ford claimed about meeting Buckley on the Jess Cagle Interview show, according to People. “Since then, we’ve been together.”

“By the time that elevator got on the ground floor, I knew you were the one,” Ford continued. That is all there is to it. Click. Sold. “It was love at first sight,” says the narrator.

Alexander John Buckley Ford, the couple’s son, was delivered via surrogate in September 2012.

Buckley and his family had relocated to Los Angeles in recent years after Ford purchased the late heiress Betsy Bloomingdale’s mansion in 2016, while they apparently preserved their London home.

In April 2014, the designer revealed that he and Buckley had married in the United States. A Supreme Court verdict 14 months later would make same-sex marriage lawful in all 50 states.

Buckley told the New York Times in 2019 that Ford had sewn him turtleneck wool dickeys with keyhole slits for his tracheotomy tube and a black silk scarf with slits to wear at formal events, “from throat cancer to my brother and mother dying 48 hours apart, to more bouts of pneumonia than I can count.”

In 2011, Ford penned an essay for Out magazine’s “Love Issue” on their relationship.

“One of the things that always amuses me — ‘amuses’ isn’t the right word, because it doesn’t amuse me — but often,” Ford wrote in the essay, “is when I’m at dinner parties with very close friends, straight, and they realise Richard and I have been together 24 years, and the response is often, ‘Wow, you guys have been together 24 years!’ That’s incredible. I’m not aware of any gay males that have been together for that long.’ And I’m thinking to myself, ‘Why?’ ‘What exactly are you on about?’ Same-sex couples have some of the longest relationships I’m aware of.”

“Richard and I are connected together,” he continued, “and I believe that’s what recognition is when you look someone in the eyes and feel like you’ve known them forever.” It’s like returning home.”

People in the fashion business and those with ties to Los Angeles had shared personal anecdotes about Buckley and expressed their condolences on social media by Tuesday morning. Buckley was regarded by friends as a man who was recognised for his curiosity, friendliness, humour, and elegance.

Cameron Silver, owner of the antique business Decades on Melrose Avenue in Los Angeles, expressed his sympathies on Instagram, writing about how he met Buckley shortly after Decades opened in 1997.

Silver stated, “He purchased a neon and black swirl ’60s outfit on eyelash fabric.” “Richard interrogated me extensively and was genuinely interested in why I had created a vintage clothing company. Tom Ford came in a few days later, followed by Lisa Eisner. Richard had informed them about this new vintage store on Melrose Avenue and the youngish guy who had opened it, they all stated. Richard would often take me to Paris to search for vintage or go to flea markets throughout the next few years.”

Buckley’s inquisitive personality, as well as his impeccable design sensibilities, were also mentioned by Silver. He added, “I remember asking Richard about Jacques Adnet’s furniture and a desk I’d seen as I was naive to the significance of the design.” “Richard said, ‘Buy it,’ and the desk is currently in Decades’ upstairs dressing room.”

Rachel Zoe, a fashion designer, also expressed her sympathies on Instagram, with a shot of Ford kissing Buckley on the cheek.

“We have lost such a beautiful and special soul, Richard Buckley, a gentleman of the highest kind,” Zoe wrote. “To have known him was an honour, and to have had deep, meaningful talks with him was a gift I will cherish for the rest of my life. He was intelligent, humorous, unashamedly honest, and incredibly elegant. Richard’s sincere love and dedication to Tom, as well as his role as a father to his son Jack, was truly remarkable. Richard, you will be sorely missed. Friend, may you rest in peace and be among the angels.”

Buckley was praised as a class act “in the old school way” by designer Zac Posen in an Instagram post. He had a keen eye, a great sense of humour, and was extremely intelligent.

Posen writes, “He was Tom’s most loving and supporting companion.” “It was such a lovely sight to behold. When I saw Richard and Tom throughout the last 20 years, I always felt a big feeling of relief. He adored and admired true opulence, style, and refinement. He was always interested in hearing about my job, personal life, and, of course, who I would be dressing for the Oscars. His candour, foresight, and concern were truly exceptional. Richard will be much missed. Tom and his family have my heartfelt condolences.”

Glynis Costin, the West Coast bureau chief of Instyle magazine, posted a photo of herself, Ford, and Buckley in Milan, Italy, from the early 1990s on Instagram.

She added, “I am devastated that the world has lost the lovely Richard Buckley.” “With a quick wit and sharp sense of humour, he was a gentleman and a scholar. He was a fantastic all-around human, as well as a kind and devoted friend. I treasure our more than 30-year friendship, and my heart breaks for Tom and Jack. We know your [mischievous] blue eyes are still twinkling somewhere, Richard, and your spirit will always be with us.” 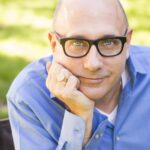 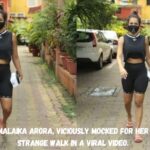