There was a street shooting in Philadelphia, which resulted in 3 dead and 11 injured.

This was announced by the American police.

According to the American media, “various attackers” were firing on the crowd.

The police rushed to the scene after the alarm signaled shortly before midnight. According to an initial reconstruction, the attackers opened fire on the crowd: the bullets reached at least 14 people, immediately transported to the hospital. Three of these, two men and a woman, died from their very serious injuries.

A policeman shot one of the attackers who managed to escape and it is not known whether he was shot. Two guns were found on the spot. The hunt for the attackers continues this morning. At the moment, the motive for the tragedy is unknown.

At the same time, the Philadelphia police are investigating another shooting that took place near the site of the tragedy: officers found 13 shells a few blocks away.

The emergency began shortly after midnight near the intersection of Third Street and South Street, where “several shooters” were reported to have opened fire on passers-by. The police, who arrived shortly after, saw a man shooting and opened fire. Officers recovered two weapons but no arrests were made.

“There were hundreds of people just enjoying South Street like they do every single weekend when this shooting broke out,” law enforcement said. The conditions of those injured by gunshots remain unknown.

Nigeria, church shooting during mass: dead and wounded
Next Article 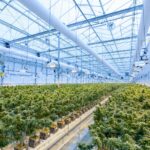