The interactive doodle challenges users to cut pizzas of various kinds – mozzarella, margarita, pepperoni, and so on – into a specified number of parts. “However, keep an eye on the coverage required and the number of servings: the more exact the order, the more stars it will earn!” says the tagline.

As per UNESCO, the “pizzaiolo”, the job of making pizza,  “comprises gestures, melodies, visual expressions, the local language, ability to handle pizza dough, display oneself, and share,” making it an indisputable cultural heritage.

Pizza originated in Naples, southwestern Italy, and is said to have been invented in the late 18th century before spreading around the globe. Currently, it is believed that five billion pizzas are eaten each year.

Far from being a story of only fourteen years

Although the entry to the UNESCO list of this Neapolitan culinary art was fourteen years ago, the history of pizza dates back centuries, as we are in front of a dish that has passed through multiple civilizations and today is in almost all latitudes.

Before being considered a dish as such, ancient civilizations such as Egyptian and Roman already used to consume flatbread with some ingredients on its cover, however, Naples is considered the cradle of pizza since the 18th century by perfecting a technique and a style that would give this dish its own name and that would lead to internationalization and being an economic engine for some large companies that have spread worldwide.

The statistics agency BrandonGaille investigated in 2017 some data on the consumption of this dish and announced that the United States is one of the countries that has most adopted this dish of Italian origin as one of its favorite foods.

According to the firm, in the US around 350 slices of pizza are consumed per minute, in addition to this, 93% of those surveyed announced having eaten pizza in the last month, as additional data, an average American consumes around 46 slices of pizza for 12 months which would give an approximate of 23 pounds of pizza per year per inhabitant. According to the research, pizzas such as Pepperoni are the ones that have gained the most popularity in this country, since around 251 million pounds of this sausage are spent per year, and, being the preferred flavor, 36% of the pizzas that are They order contain this ingredient.

By 2017, on US soil there were around 70,000 pizzerias where 2 5% corresponded to large chains such as Domino’s, Pizza Hut, or Papa John’s. Without a doubt, pizza is a dish that not only generates emotion in the country where it was born and has proven to be liked by almost everyone, as it is a dish that has centuries of stories and everything seems to indicate that it will continue to exist for others. centuries more. 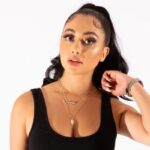 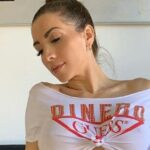