The president of Ukraine, Volodymyr Zelenskyy, assured after the fall of Lysychansk, the last Ukrainian stronghold in the eastern Lugansk region, that his country “does not give up anything” and that it will return to the areas now in the hands of the Russians.

Contents
Zelenskyy assures that they are advancing in Kharkiv, Kherson, and by seaThe withdrawal in Lysychansk, a key blow to Kyiv

In one of his latest videos published on his website, Zelenskyy refers to the withdrawal of his troops from Lysychansk after the Russian siege that has allowed the invading forces to gain control of practically the entire eastern fringe of Ukraine.

“Ukraine does not give up anything. And when someone back in Moscow reports something about the Lugansk region, let him remember his reports and promises before February 24, in the first days of this invasion, in the spring and now,” Zelenskyy said, referring to the time that the Russians they have used to take over the region, almost four months.

“Let them really assess what they got during this time and how much they paid for it. Because -he added- your current reports will turn to dust just like the previous ones”.

Zelenskyy assures that they are advancing in Kharkiv, Kherson, and by sea

The Ukrainian army is “gradually advancing in the Kharkiv region, in the Kherson region (partially taken by the Russians) and in the sea: Zmiinyi (islands) is a good example of this. A day will come when we will say the same about Donbas”, he underlined.

And “our army withdraws people from certain points on the front where the enemy has the greatest fire superiority, in particular, this has happened in Lysychansk, this means only one thing: we will return thanks to our tactics, thanks to the increased supply of modern weapons “, ad.

After the capture of Lugansk and part of neighboring Donestk, which together form Donbas, a Ukrainian territory that Moscow claims, the Russians now have a corridor linking the east with the south and the Crimean peninsula, controlled by the Kremlin since 2014.

In this way, one of the Kremlin’s great military objectives is closer, that of controlling Donbas while guaranteeing a supply chain that allows it to maintain pressure on Ukraine’s southern front. All this with an eye on the largest port city in the country, Odessa on which the offensive has increased in recent days, as evidenced by the latest bombing against a block of civilians that left more than 20 dead.

The withdrawal in Lysychansk, a key blow to Kyiv

The Russian Defense Minister, Sergei Shoigu, announced this Sunday the capture of the city of Lysychansk, the last bastion of the Ukrainian forces in the eastern region of Lugansk, one of the great objectives of the Russian invasion of the country and which has already been “liberated”, in the words of the soldier.

Shoigu has informed the Russian president, Vladimir Putin, of the capture, whom he has assured that the Russian forces together with the militias of the self-proclaimed People’s Republic of Lugansk, close to Moscow, already have “total control” over the city and a series of from nearby settlements, including Belogorovka, Novodruzhesk, Maloriazantsevo, and Belaya Gora.

“The total area of ​​the liberated territories in the last 24 hours amounted to 182 square kilometers,” the Russian Defense Ministry said in the statement, collected by the Interfax agency.

Ukraine has maintained for several hours after the Russian announcement that the city was still in dispute, but finally, the General Staff of the Ukrainian Armed Forces reported that they have withdrawn from the town “to more advantageous positions”. 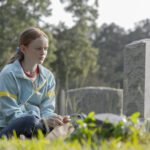 With regard to Season 5, Sadie Sink admits, I have no clue what is going to happen with Max
Next Article 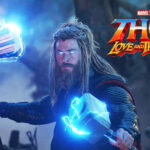