Without a doubt, one of the best Marvel villains is Doctor Doom, a character that we have already seen on other occasions in the cinema played by Julian McMahon and Toby Kebbell. Now as they will restart the Fantastic Four it is normal that we can see Victor Von Doom in this Cinematic Universe. But the most surprising thing is that Howard Stern is involved in all this.

During his daily radio show on SiriusXM, Howard Stern accidentally confessed that he would be at Marvel Studios while his mic was open during a commercial break:

“They’ll go over the schedule with me, and it’s going to suck. I told you, I’m going to do Doctor Doom. That is the question. But trust me, I feel fucking miserable about it… I called Robert Downey, Jr. and asked him for acting techniques.” Certain doubts arise about these words.

Admittedly, Howard Stern has a powerful voice that recorded behind a metallic mask can be quite fascinating and that can give Doctor Doom a tone that it hasn’t had before. But he is also very tall (1.96 meters) and if he wears armor and a cape like the character in the comic, the result can be impressive.

But… In which movie will Doctor Doom appear? There have been some rumors that he could do a brief cameo or even a post-credits scene in Black Panther: Wakanda Forever as this installment could tie into the Ironheart series and his villain could be Victor Von Doom. Although it has also been speculated that he could have his own solo MCU installment, being the first villain to be the protagonist, since Loki and Scarlet Witch do not exactly fall into this category. Finally, the reboot of the Fantastic Four is close to getting underway, so it should not be ruled out that he repeats as his great rival.

While they reveal all the plans they have with Doctor Doom and Howard Stern, you can review the Marvel movies on Disney Plus.

Singer R. Kelly has been sentenced to 30 years in jail for decades of sexual exploitation and assault
Next Article 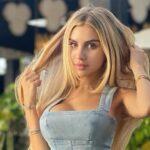