Addison Rae Easterling is known for being one of the most prominent content creators on TikTok, as she has so far had 83.7 million followers on the famous lip-syncing platform. But not only that, the young American in her 20s has already managed to fulfill her teenage dream, to be an actress.

That’s right, Addison, before being one of the most popular tiktokers, longed to show her acting talent, and thanks to her fame on social media she succeeded. Kourtney Kardashian’s new best friend also appeared in the last few seasons of Keeping Up With The Kardashians. Addison Rae makes money with TikTok but her fortune of more than 5 million dollars in 2019 according to Forbes, has been increased by her other projects outside of social networks. In March of this year, she released her first single, “Obsessed”, which was harshly criticized by experts, but still accumulated 19.4 million listens on Spotify.

She co-hosts a Spotify podcast with her mother, along with American Eagle. She has her beauty and skincare line, a product that just started selling at Sephora this month. And she recently debuted her first starring role in the Netflix movie She’s All That. In the summer of 2019, Addison decided to install the TikTok app on her cell phone and began uploading various dance videos. By the end of that year, the American born in Lafayette, Louisiana already had more than 300,000 followers and began to be contacted by some big-name websites.

So she decided to fulfill one of her goals, move to Los Angeles, and leave Louisiana State University, where she had already been in the course for a few months. Since Addison Rae Easterling is a girl from a middle-class family, her parents didn’t have enough money to move in with her.

However, after a few months, Addison asked her parents to go live with her in California, because she needed them, and even though at that time the girl was 18 years old, she felt that she could get the money to give them a good life to their parents and younger siblings.

Therefore, Addison’s father quit his job at a towing company and moved with the rest of his family to Tarzana; By 2020, Addison became one of the most famous tiktokers, landing impressive contracts with brands and big projects. As we mentioned, Addison Rae’s dream was always acting. In fact, for her 16th birthday, the then-teenager received a trip to Los Angeles as a gift.

This was not as extravagant as it sounds, since money was tight for a family of five, but that trip helped Addison understand that one day she wanted to live there and be able to become a star.

But Rae Easterling grew up taking classes in modeling, acting, and dance, so acting was no stranger to her. It was the producer, Jennifer Gibgot, who was so enchanted by Rae’s personality that she decided to take a chance and convince the CEO of Miramax, Bill Block, the company in charge of “He’s All That,” to cast the starring role for Addison.

To get the best performance out of Addison Rae, Gibgot decided to hire Mark Waters, who directed hits like “Freaky Friday” and “Mean Girls”. Thanks to this, the tiktoker managed to be an actress after the premiere of the film on August 25 on Netflix and is probably already in search of her next character in the cinema. 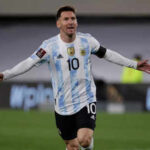