After the controversy that arose between Andrés Tovar with Claudia Martín and Maite Perroni, the former RBD member decided to show herself fresh and rejuvenated with a mysterious companion.

From her Instagram account, Perroni posed smiling and hugging the Spaniard Alfonso Bassave and dedicated some nice words to him. 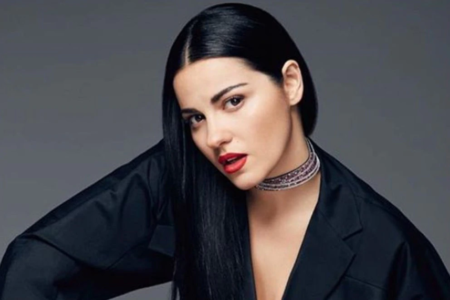 “Here with my @alfonsobassave! Great discovery dear friend, what a pleasure to share with you. It really has been a delight to work together ”, the actress began to say.

Likewise, she delved into the fact that the moments she spent with him made her very happy and she was grateful for the opportunity to attend him.

“Even more so knowing the person behind so much talent, thank you for your generosity, complicity and talks that we never finished… we ran out of time !!! I hug you tight and you are already missed. I hope to have you in Mexican lands soon. #sintinopuedo gifts of this profession … connect from the heart with people as beautiful as you. THANKS FOR EVERYTHING! ”, He added.

Given this, the actor Bassave did not take long to respond with a very sincere and friendly comment to the Mexican. He wished he could meet her again and continue their friendship.

“Maite dear you if you have been a delight as a companion !! Generous and sweet. I keep you close to my (heart) I hope to see each other soon and follow so many conversations, ”he said.

All this occurred after Perroni was involved in a huge controversy, because a few months ago the news broke out in which Andrés Tovar had allegedly been unfaithful to Claudia Martín with the former RBD.

The couple (Claudia Martín and Tovar) would have signed the divorce for approximately 15 days , so they would be officially divorced, but the news had not been released because both agreed to create an agreement of confidentiality , which would prevent them from declaring on the subject.

Previously, the same magazine brought to light the alleged extramarital relationship between Andrés Tovar and Maite Perroni , a rumor that was possibly disclosed by Claudia Martín herself according to an audio in which a call could be heard between the ex-spouses.

In the Hoy program, Claudia Martín implicitly confessed that she was the one who leaked the false news to the magazine and asked Andrés Tovar for money to testify and deny the rumor.

“I need you to deny the whole issue that you found messages on my cell phone because it is a lie, ” said Andrés Tovar in the recorded call, to which Claudia replied: “I’m not going to go out and deny anything.” ” Is that true or is it a lie? “Replied the producer,” It’s a lie, but … “,” What does it cost you? “,” I don’t have to do it, “said the actress. 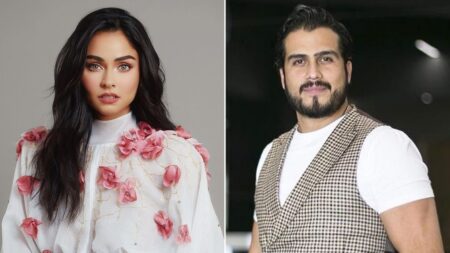 “Your quarrel today is: ‘ I’m your wife , your wife doesn’t have a job and who knows when she’s going to go back to work.’ How are you going to close well so that your wife, today, is calm? That you help me financially ”, affirmed Claudia.

Maite Perroni’s lawyer , Guillermo Pous , affirmed that the actress will file a lawsuit against Claudia for defamation and damage to her public image .

“I begin by clarifying that there is no third party in contention because there never was a relationship of three . Maite, as she clarified a few days or a week ago, was not in any sentimental relationship so she is not absolutely, morally or ethically impeded from relating to anyone, “said Pous in an interview for Ventaneando .