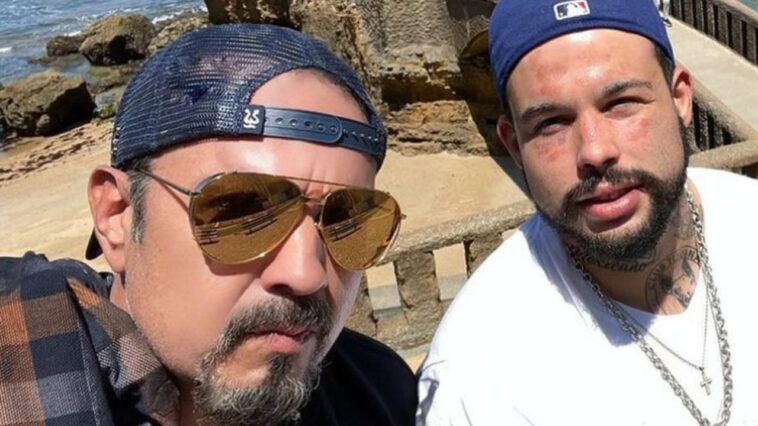 After four years of facing a legal process for the crime of human trafficking, Emiliano Aguilar reappeared on the public scene. The eldest son of singer Pepe Aguilar and brother of Ángela Aguilar was in the eye of the storm when he spent a few months in prison, a situation that he is leaving behind, showing that he is willing to start a new stage in his life.

As it is recalled, the first-born of Pepe Aguilar was accused in 2017 for the crime of human trafficking. The sentence he received was several months in prison, the payment of a bond and his confinement in a rehabilitation clinic for drug use, where he remained six months.

Now, Emiliano Aguilar is free and has been hired as part of the work team of his father and his brothers, whom he accompanies on tours. Recently, he was captured by the media outside the hotel where the famous Aguilar dynasty stayed prior to his presentation at the Premios Juventud and made some statements.

WHAT HAPPENED TO PEPE AGUILAR’S ELDERLY SON AFTER LEAVING PRISON

After being released from prison for the crime of human trafficking, Emiliano Aguilar is free and spoke for the first time about how he is doing and what he does now.

This time he was captured in a hotel in Florida, where the Premios Juventud were held, and accompanied his brothers Angela and Leonardo, as well as his father. Approached by the media, he recalled the difficult moments that he lived years ago.

Emiliano was questioned about how he lives this new stage of his life and assured that he is very grateful to his father for all the support he has given him.

“Yes, I am already much happier and grateful to my father [Pepe Aguilar,” he told the Mexican television program Ventaneando. “What happened to me is something that I would not like to comment on right now.”

Pepe Aguilar’s eldest son made it clear that he only dedicates himself to music but as part of his father’s work team, whom he accompanies to his presentations in Mexico and the United States. He also stated that he will not compete in singing with his brothers Leonardo and Angela.

“No (I’m going to sing) right now I’m just helping my dad, I’m very grateful to him. The truth has helped me a lot ”, he explained.

While being questioned by the media, Emiliano Aguilar avoided at all times making any kind of comment about his ex-girlfriend Perla, who accompanied him on that occasion when he was arrested.

After attending the 2021 Premios Juventud, Pepe Aguilar and Ángela Aguilar returned to Mexico. Both singers were approached by the press upon their arrival at the Mexico City International Airport and, for the first time, the Prometiste interpreter gave details about the relationship he currently has with his eldest son.

In the material broadcast by the morning newspaper “Hoy”, Pepe Aguilar revealed that he lives with Emiliano and his other children. He added that he is not pressuring him to find a job, as he will arrive. “He is not working with me, he is living with me, yes. Then he gets to work, ”he commented.

It should be noted that Emiliano Aguilar reappeared on social networks at the beginning of the year, when his father shared a photograph of his four children while they were enjoying a meal. Recently, the Aguilar family traveled to the European continent, where Emiliano also appeared.

Pepe Aguilar along with his family has always stood out for the preservation of regional Mexican music, and whose skills he learned from his father Antonio Aguilar . Thus, several members of the family have been linked to the artistic world, above all, to Mexican music, which is why they have been very close to countless national and international artists.

This family has sought a way to transmit Mexican music from generation to generation, going through Angela Aguilar, Leonardo Aguilar, until reaching the remembered Pepe Aguilar.

Aguilar became a trend in mid-2021, after he published a photograph, until now unknown, where he appears with the singer Selena Quintanilla which would have been taken during an award attended by several representatives of the music.

The snapshot was published on Instagram @dinastiaaguilar where you can see the very smiling singer and Pepe Aguilar on her left side, at the same time, both hold the awards they were given. Apparently the photograph was taken in 1993 when Selena was only 22 years old.

WHAT HAPPENED TO EMILIANO AGUILAR?

Pepe Aguilar’s family experienced one of the most notorious and complex scandals it has experienced so far. In March 2017, Customs and Border Protection detained Emiliano Aguilar, the singer’s eldest son, at a California inspection point.

The authorities found four Chinese citizens in the trunk of their vehicle who did not carry documents to enter the US In September of that year, at the age of 24, Emiliano was sentenced to three years of probation for illegal trafficking. 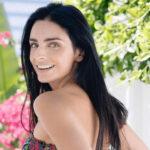 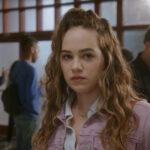