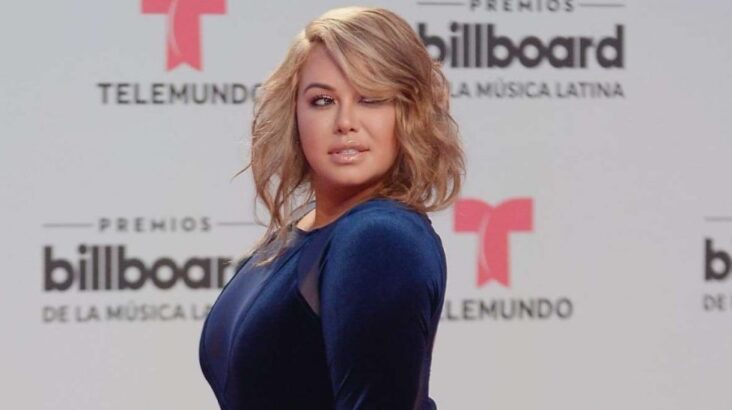 Chiquis Rivera recently confessed to all her fans that she had undergone surgery, as her fans claimed it was to lose weight.

However, the singer clarified that she only sought to improve the image of her breasts and not lose weight or refine her figure, as has been speculated for weeks.

“I had surgery on the boobs and nothing else on the boobs. I am already seeing in the gossip pages, that the truth almost always have the wrong information, I did not make up my sleeve and if I had I would tell them, “she commented from her Instagram stories.

“I had it (operation) on my boobs, I wanted them more upright,” she said, showing the scar on her recently operated bust.

Now she gave something to talk about again, because during a romantic dinner that her boyfriend organized for her, she wore a tight and tiny black dress whose cleavage left more than one with their mouths open .

The sexy outfit showed the result of her surgery causing thousands of compliments from her fans.

Then she shared a photo where she appears sitting on Emilio Sánchez’s legs, while she rests part of her face on her breasts.

Chiquis Rivera confessed to Venga la Alegría what she wishes for her ex-partner, she was honest about her physique and the role her family has in her life.

“I see him happy and I am pleased, and well, nothing, I am happy as I am and I feel very good; I feel very calm and at peace, and I would like to continue with that ”, she commented.

In June 2019, Janney Marín Rivera and Lorenzo Méndez got married in Los Angeles, California. However, in September of last year, they revealed their separation.

After that, in May of this year, the Latin Grammy winner made public her new relationship with Emilio Sánchez, which definitively ruled out the possibility of a reconciliation. 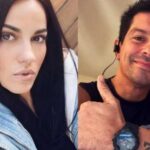