Yanet Garcia, also known as the “Weather Girl,” has been making waves on social media platforms like OnlyFans, where she has amassed a large following of fans who are enamored by her stunning looks and charismatic personality. But it’s not just her beauty that has made her a sensation – Yanet is also a highly skilled and dedicated meteorologist, who brings a unique combination of expertise and entertainment to her weather forecasts.

Contents
A Rising Star in the World of Weather ForecastingYanet Garcia: A Social Media SensationConclusion

A Rising Star in the World of Weather Forecasting

Born and raised in Monterrey, Mexico, Yanet always had a passion for science and the natural world. She studied meteorology at the Universidad Autónoma de Nuevo León, where she excelled academically and was recognized for her dedication and hard work. After graduation, she landed her first job as a weather forecaster for a local television station, where she quickly made a name for herself with her accurate and engaging forecasts.

As her reputation grew, Yanet began to attract attention from larger networks and eventually landed a position as a weather anchor on Televisa Monterrey, one of the most popular television stations in Mexico. It was here that she truly made her mark, captivating audiences with her dynamic and engaging presentations, as well as her stunning good looks.

In addition to her work on television, Yanet has also become a major presence on social media platforms like Instagram and OnlyFans. With millions of followers on these platforms, Yanet has used her platform to connect with her fans, share her thoughts and insights on the weather, and showcase her personal style and interests.

One of the most striking things about Yanet is her ability to seamlessly blend her professional and personal lives, using her social media platforms to showcase her expertise and knowledge of meteorology, while also sharing more intimate and personal moments from her day-to-day life.

Yanet Garcia is more than just a pretty face – she is a highly skilled and dedicated meteorologist who has made a name for herself in the world of weather forecasting. Her combination of expertise, charisma, and stunning good looks have made her a sensation on social media platforms, where she has amassed a large following of fans. With her unique blend of professionalism and personal style, Yanet has become a true force to be reckoned with in the world of weather forecasting, and we expect to see great things from her in the future. 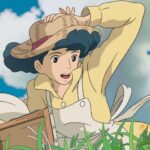