Megan Fox and Machine Gun Kelly drink each other’s blood, but what is the reason? She has confessed.

Megan Fox and Machine Gun, who got engaged in January, have proven to be the strangest celebrity couple since Angelina and Billy Bob. After two years of dating, we just know too much about Fox and her fiancé, including that her engagement ring pricks his finger because of her design every time she takes it off. They also wear necklaces with each other’s blood on them and, of course, there’s that time MGK stabbed himself to impress Megan.

Alas, you’re about to find out more about Megan Fox and Machine Gun Kelly. Not only do they carry each other’s blood to their necks, but they also drink it. You know, like vampires. In an interview with Glamor UK, Fox was asked about the caption of her January engagement post, which reads: ‘As in all lives before this and as in all lives that will follow, I said yes… And then we drank each other’s blood.

Why do Megan Fox and Machine drink each other’s blood?

Megan Fox noted that she is the most focused when it comes to her rituals with MGK: ‘I’m much more in control. I read tarot cards and I’m into astrology, and I do all these metaphysical practices and meditations,’ she said. ‘And I do rituals on new moons and on full moons, and all these things. And so when I do, it’s a passage or it’s used for a reason. And it’s controlled where it’s like: we’re going to spill a few drops of blood and everyone drinks it. It’s much more random and hectic and chaotic, where he’s willing to just cut his chest open with broken glass and be like: take my soul.

Will Megan and MGK drink (just drops!) of each other’s blood at their wedding? We’ll have to wait and see. But knowing what we know now, there will probably be blood. 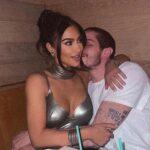 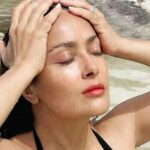