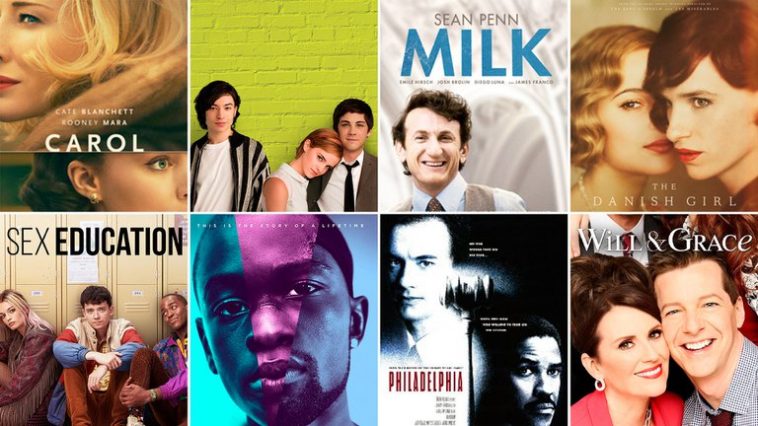 Carol, The Perks of Being Invisible, Milk, The Danish Girl, Sex education, Moonlight, Philadelphia, Will & Grace

Large streaming platforms such as Netflix, Prime Video, and Hulu have a diverse catalog that includes the LGBTQ + movement. This public finds a divergent point to access the fibers that are difficult to touch, after experiencing many barriers due to their sexual orientation. Here is a list of productions in which their themes have managed to change the narrative on different aspects of the community.

One of the most remembered sitcoms of the 90s leaves a not very lightened portrait of homosexuality. Will (Eric McCormack) and Grace (Debra Messing) are young people who live in New York. They maintain a loving relationship until Will ends up revealing his sexuality. It is the classic story of ex-couples who end up becoming best friends. Their friendship is further enhanced when Grace decides to plant her boyfriend at the altar. That’s when she needs Will the most. It was one of the productions that began to change the chip around the LGBT community, giving greater visibility.

The Perks of Being Invisible (2012, Netflix)

This gay-friendly-style cinema shows a group of three friends who are marginalized and excluded by society: Charlie (Logan Lerman), an introverted boy; Patrick (Ezra Miller), a senior; Sam (Emma Watson), Patrick’s stepsister. Charlie feels a strong crush on Sam, while Patrick declares himself gay and has a relationship with a popular boy at the school they attend, but does not come out due to pressure from his father. One of the films that openly shows abuse, homophobia, and bullying.

One of the most-watched adolescent series of the moment shows the reality of a group of young people who are about to discover their sexuality, experience their first times, face their insecurities, and other intimate matters that they are not able to reveal. Inspired by Skins, this British series shows the rawness, but at the same time is intended to educate an audience that perhaps needs to understand the importance of sexual exploration, from the practice to its orientation.

Otis (Assa Butterfield) is a teenager who begins to experience confusion about sex. His mother is a sex therapist, however, she complicates things even more by wanting to interfere more than she should. Feeling pressured to be the son of a sexually free person, Otis finds it difficult to discover himself and only tells his best friend Eric (Ncutti Gatwa), who is openly homosexual, who wants to have full sexuality with another gay boy from the school in which they study.

Out of fear of compromising his career, attorney Andrew Beckett (Tom Hanks) hides his homosexuality and HIV status at a powerful Philadelphia law firm. But his secret is exposed when a colleague detects the telltale lesions of the disease. Fired shortly after, Beckett decides to sue for discrimination, turning to Joe Miller (Denzel Washington), the only lawyer willing to help him.

It is arguably one of the films of 2015 that has generated the most excellent reviews and critics, sweeping multiple nominations from different awards. Based on the novel by Patricia Highsmith, this story is the one that traditionally reflects many marriages in which sexual identity is not yet resolved. Therese Belivet ( Rooney Mara ), who dreams of being a photographer, is in a relationship with Richard (Jake Lacy) but feels almost nothing for him. She still has a hard time understanding who she really is, so she constantly questions herself. His life is monotonous and meaningless. Everything will change when he crosses paths with Carol Aird ( Cate Blanchett).

It is the film that dethroned the Oscar to La La Land after an alleged confusion. Without a doubt, they would have absolutely every reason to appropriate an award of that caliber. Being one of the most controversial films, it annihilates everything about the archetypes of should be.

The plot explores Chiron, an African-American boy who lives in a violent area of Miami and is on a quest to discover who he is. In the midst of complex circumstances that a teenager lives, such as school bullying and conflicts of a typical dysfunctional family. Beyond the LGBTQ + issue, explore discrimination. Alex R. Hibbert, Ashton Sanders, and Trevante Rhodes portray Chiron in his different stages, from child to adult.

Based on real events, the critics considered it one of the best biographical films of 2015. It stood out for the photographic direction and the interpretive quality. It is the aesthetic representation of Lili Elbe, the first transgender woman to undergo sex reassignment surgery.

The plot takes place in Denmark in 1920. Portrait painter Gerda Wegener (Alicia Vikander) needed to photograph a model who never came. Without further remedies, she asks her husband, Einar Wegener (Eddie Redmayne), a specialist landscape artist, to replace the girl, as she urgently needed to paint her. What they never imagined is that Einar’s internal conflicts with his gender identity would begin to take flight once he posed in a feminine way. He went from being Gerda’s husband to being Lili Elbe in 1913. Even today, it continues to be a benchmark for the trans community.

An American film based on the turbulent life of Harvey Milk (Sean Penn), the first politician (San Francisco District Councilor) to openly define himself as gay. He was one of the greatest advocates and activists for the LGBTQ + community. In 1984 a documentary about her life was released, being deserving of an Oscar. This movie, Milk, was a major lynchpin for community marchers to protest against the ban on gay marriages.

At 40, Harvey was already tired of running from his own identity. He moves to California, where he opens a business that becomes a converging point for the homosexuals in the neighborhood. He was a spokesperson and defender of his rights, for which he even faced people of power. But her private life was in chaos, with a stormy relationship with Jack Lira (Diego Luna), a sweet but unstable young man. 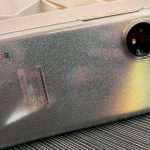 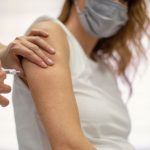