You may remember Nicolas Cage for his performance in Leaving Las Vegas, Con Air and other films that made him famous. Although in recent years, this actor has not had the same success and the Internet knows, so someone asked: what if it appeared in Game of Thrones?

Here are the answers, some pictures that show that GOT would look much better with Nicolas Cage.

Catelyn cage  was born into House Long Beach, California and is the eldest child of Lord  August Coppola and Lady Joy Vogelsang.


She is a  Hollywood screenwriter who lost everything because of his alcoholism, arrives in Las Vegas to drink himself to death. There, he meets and forms an uneasy friendship and non-interference pact with prostitute Sera.

Nicolas is a highborn lady who would rather be a  weird knight. As Catelyn Cage’s envoy, she escorted legendary Templar Treasure before a team of mercenaries. and keeps it safe from them

A wildling woman that Jon Snow encountered traveling beyond the Wall, Ygritte Kaufman tries and fails to adapt ‘The Orchid Thief’ aka Adaptation 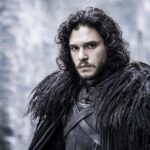