Gaby Espino has caused a sensation thanks to a video she posted on her Instagram stories, which shows her walking on a pier and wearing a leopard-print micro bikini. Just a day before, she shared another clip, but her sexy outfit featured a zebra skin design.

Lately, the love life of the beautiful Venezuelan driver has generated controversy, since there are rumors that her relationship with businessman Miguel Mawad ended several weeks ago; Both have not published in their accounts the social network photos in which they appear together.

Gaby, 44, plays one of the main characters in the comedy film “Cuarentones”, which was released in theaters two months ago and is now available on Netflix. In history, she shares credits with Adal Ramones and Erick Elías; Meanwhile, the actress continues to promote a spa and her own online cosmetics store. 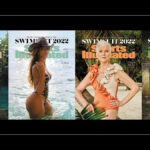 Kim Kardashian and Elon Musk’s mother, among the new faces of Sports Illustrated
Next Article 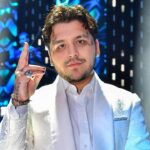