The sketch series starring Tim Robinson and released by Netflix in 2019 has been renewed for a third season. [‘I think you should leave (with Tim Robinson)’] (https://www.espinof.com/criticas/i-think-you-should-leave-with-tim-robinson-netflix-the-lonely-islan… -get-a-humor-masterpiece-their-own-Saturday-night-live) is a comedy show created by Tim Robinson and Zach Kanin that, in addition to sketches, features guest stars?

According to Variety, Sam Richardson, a cast member of the program, assured that the team was in the process of writing this third season in March, although it is not yet certain how many chapters it will have or the premiere date.

“I don’t know when we’ll start shooting,” says Richardson, “But we’ve already got some fun skits, I can tell you that.” He also guarantees that there will be plenty of memes.

Robinson and Richardson met in Second City, Detroit, and became good friends. They later moved to Chicago, where they began doing shows together six nights a week. Richardson said of Robinson, “It’s very rare to find someone who understands and complements your comedic style and a voice like that.”

‘I think you should leave’ has two seasons of six chapters each and they are both available on Netflix. 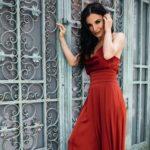