The businesswoman Kylie Jenner bragged about her unreal figure on Instagram after losing 18 kilos since the pregnancy of her second child .

The celebrity wore a light blue micro bikini , with high-cut panties and a triangle top with a plunging neckline, to show off her curvaceous silhouette .

Kylie , 24, posed for the camera with her makeup-free face and completely wet black hair falling down her back.

The socialite shared a photograph in which she was on a surfboard, on the crystal clear sea of ​​the Turks and Caicos Islands .

On the dream trip, she was accompanied by her partner, rapper Travis Scott , and their children, four years old and three months old. During the holidays, the millionaire businesswoman shared a romantic photo with the father of her children and dawn.

Kylie Jenner moved to the Turks and Caicos Islands after attending the Met Gala in New York City with the entire Kardashian Jenner clan .

The Kylie Cosmetics founder attended the event in an Off-White wedding dress, complete with a white cap and veil, in tribute to the late designer Virgil Abloh

Jenner has worked hard to get her figure back after her second pregnancy. The socialite revealed that she gained 27 kilos in the nine months of pregnancy, but three months after giving birth she already dropped 18.

Kendall Jenner ‘s sister told her secret: be patient and healthy. In addition, she stated that she likes to do pilates and walk for exercise. 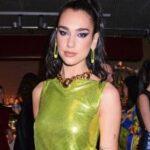