Businesswoman Kim Kardashian went to her offices in the city of Los Angeles to star in a photo shoot for her brand Skims, and her boyfriend Pete Davidson could not miss it.

The model showed off her ‘unreal’ figure by wearing nude pink leggings to outline her toned legs and a matching long-sleeved crop top to reveal her flat tummy.
Kim, 41, paired her outfit with expensive Balenciaga long boots, which are priced at more than $1,670. 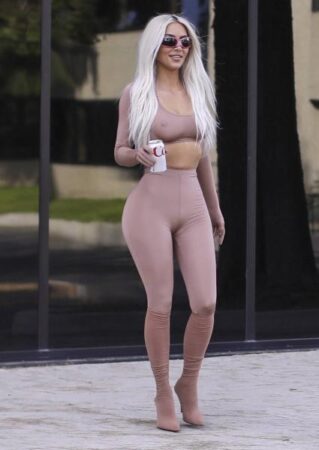 In addition, the socialite used makeup in nude tones on her face, which she covered with dark glasses, and let her platinum hair fall in light waves on her shoulders.

In the photo session, she was accompanied by her stylists, who wanted her to look impeccable at all times. She also did not lack the support of her boyfriend, comedian Pete Davidson. On Instagram, Kim Kardashian bragged that she and her 28-year-old boyfriend matched their looks, both sporting platinum blonde hair.

The couple has shared their happiness both on social networks and at public events in recent months, after the separation of the businesswoman from rapper Kanye West.

The crush between Kim and Pete occurred during the socialite’s participation in the television program Saturday Night Live. However, their courtship has unleashed the fury of West, the father of the reality star The Kardashians ‘ four children.

According to some reports, the relationship is so serious that the businesswoman is considering temporarily moving to Australia to be close to the comedian when he films his new movie. 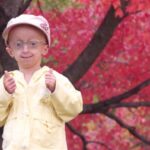 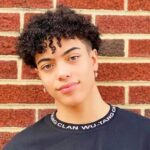