In the midst of the controversy unleashed by Kanye West and his constant attacks on Kim Kardashian and her boyfriend Pete Davidson, the businesswoman has been busy promoting the latest releases of her Skims lingerie line .

Through social networks, she has been promoting some garments from the collection alluding to Valentine’s Day that she recently launched online

With a couple of daring photos, Kim wore a black ensemble made up of a triangle bra with thin straps matching a tiny triangle bikini and straps on the sides that covered what was necessary.

Both garments helped to highlight her unreal figure , marked curves and tiny waist, the result of hours in the gym and strict diets.

She showed off her beauty with makeup in tan tones, nude lipstick , cinnamon-colored blush and a base layer that was uniform to the rest of her skin, in addition to the characteristic contouring , dark shadows on the eyelids and black eyelashes.

Meanwhile, her hair was parted in the middle and straight strands arranged on the back.

He posed in what appears to be a backstage area, with a white chair in the background, white screens used in photo shoots. She appeared on camera holding a black heart balloon with the Skims logo embossed on it.

In the second photo, she squatted in another two-piece Barbie pink bikin

His recent activities on social networks occur after Pete Davidson acknowledged to the American press that they are official boyfriends after months of dating romantically.

Kanye West has been creating controversy on Instagram with attacks on the Saturday Night Live host and comedian and Kim Kardashian, even after dating model Julia Fox he continued with a one-sided discussion about getting his family back.

In publications that he launched on Valentine’s Day and that he has already deleted, the father of the businesswoman’s four children claimed that he had bought a luxurious Balenciaga coat , valued at $ 23 thousand dollars , to Kim before his presentation on SNL , just when he met Pete and now uses it to go out with him on romantic dates.

I bought this coat for Kim before SNL, I thought it was particularly special. I have faith that we will be together again, “the rapper alleged and added:” We have a public relationship because we are public figures, so for the public and for the press, sometimes people call me crazy, but to be in love is to be crazy. for something and I am crazy about my family”.

Right on Valentine’s Day, Kanye shared a photo of a van full of roses arriving at Kim’s house in Los Angeles.

Instagram users and divorce experts have commented on social media that Kanye is engaging in “post-separation abuse” against the Calabasas celebrity and constantly harassing her. The rapper accepted the statement about the harassment that he exercises.

Among the posts made on Instagram, the rapper shared screenshots of messages with Kim in which she warns him to leave Pete alone and tells him that he is “creating a dangerous and scary environment” and that if someone hurts Pete “everything It will be your fault.” 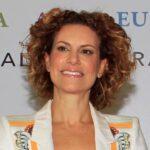