Irina Shayk’s love life has been the subject of many conversations in recent months, after a summer romance with Kanye West emerged.

The 35-year-old Russian model finally commented on her relationship with the 44-year-old “Donda ” artist during an interview with Highsnobiety, but she prefers to keep her personal life a secret.

“There’ll be a rumor tomorrow that I’m dating my keeper, okay? Then the day after tomorrow, it’ll be someone else,” Shayk mused. “Look, there’s always something there, and I’m keeping it to myself.”

She and West first became romantically linked in June, when the top model met him in the south of France to celebrate the rapper’s birthday, where they stayed for three nights at his home, Villa La Coste.

The two met when their paths crossed in the fashion industry. Shayk has modelled for YEEZY (the rapper’s brand) in the past, and was featured in the 2010 music video for her Grammy-nominated single “Power . ” He also received recognition for his song “Christian Dior Flow” that same year.  “I want to see Irina Shayk alongside Doutzen (a model), ” West said in the lyrics.

Last month, various media outlets confirmed that the couple had ended their affair, and a source published by People magazine added that their brief relationship “was never serious.”

Kanye has been busy working and spending time with his kids. This is his focus. He doesn’t have time to date right now. He finds Irina amazing though,” said a second source. “They remain friends.”

West previously separated from Kim Kardashian West, 40, who filed for divorce in February this year. The couple married in May 2014 and share four children.

Shayk shares her 4-year-old daughter Lea De Seine with her 46-year-old ex Bradley Cooper, whom she began dating in 2015, but after they separated in June 2019. 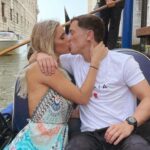 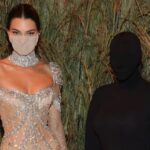