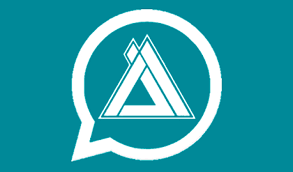 WhatsApp Delta is an unofficial application. Using it could lead to a suspension of your account. Photo: Applexgen

Many people, especially young people, prefer to use modified versions of WhatsApp, because these applications IM have some extra features that the original app still does not have as knowing what they were saying deleted messages, download photos, and videos from your friends published as states, among other functions. At first glance, it seems very harmless, but it hides a terrible secret. Which? We will tell you.

WhatsApp Plus, GB WhatsApp, WhatsApp Gold, and WhatsApp Aero are the most famous mods today; Nevertheless, they are not the only ones. Recently, a version called WhatsApp Delta has just become popular, which, at first glance, appears to be harmless; however, it could get you in serious trouble if you install it on your smartphone.

Why shouldn’t you install WhatsApp Delta?

Being an unofficial version, the conversations you have through WhatsApp Delta do not have end-to-end encryption. In the same way, keep in mind that you will not be able to find this mod in the Play Store or App Store, that is, the APK has not passed the security tests to which the applications published in these virtual stores are subjected.

In general, people who want to download WhatsApp Delta or another similar mod have to resort to unreliable download pages, where they could have altered the APK to add malware that infects your device with the aim of stealing your private information such as passwords. email, bank accounts, etc.

WhatsApp does not recommend using them

On its official blog, WhatsApp reports that all people who use modified versions of the application could suffer a temporary ban on their account. Although this suspension is usually 24 hours, if you continue committing this violation you will end up with the account permanently blocked, so it will be impossible for you to recover it.

“If after your account has been temporarily suspended you do not start using the legitimate version, your account could be permanently blocked. These unofficial applications are developed by third parties and violate our terms of service. WhatsApp does not endorse its use,” says the company.

If you want to know this fantastic secret WhatsApp trick, which will allow you to be ‘ invisible ‘, then do not hesitate to review the following video, which soon became a trend on social networks, especially on YouTube.

If for some reason you deleted one conversation of WhatsApp with photos and video very important, then you have to know that there is a simple trick that lets you recover. Next, we are going to show you how.

The trick secret that few people know only works if the user of WhatsApp made a backup of the application of instant messaging. If you meet this requirement, feel free to review this video for more details.

Few WhatsApp users know that the application allows you to bold, italicize, and underline certain texts, this in order to highlight these messages and that in this way the other person knows that they are important. 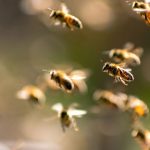 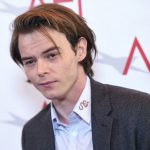