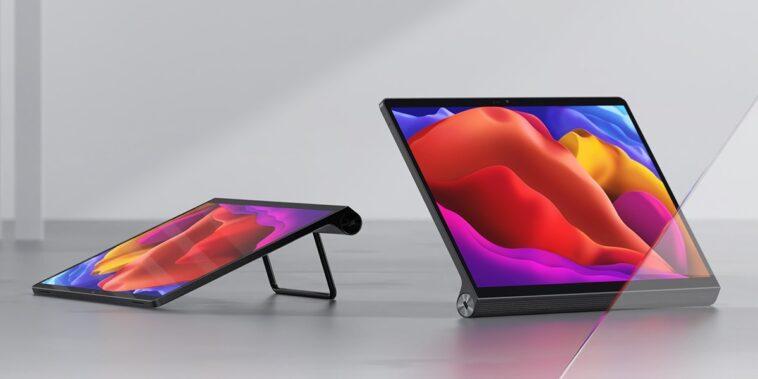 A few months ago I had the opportunity to test the Lenovo Tab P11, a tablet that was designed not only as an entertainment tool but as an instrument that can serve you at work because it comes with a keyboard that allows you to turn it into a small laptop. Also, it brings a stylus that is ideal for designers or illustrators.

Thanks to Lenovo Peru we have been able to test a new tablet of this brand, we refer to the Lenovo Yoga Tab 13. Unlike the one we tested months ago, this device is more focused on entertainment and stands out in several aspects, such as its huge high-resolution screen, a powerful battery that will give you many hours of use, and four speakers for quality sound.

This review aims to provide my experience using the Lenovo Yoga Tab 13, as well as to detail some positive and negative points that this tablet has that you can find from S / 2,999 in the Shadow black color.

As we indicated in the unboxing, the Lenovo Yoga Tab 13 comes inside a large rectangular box. Inside, in addition to the tablet, we find a 30W charger, a type C cable (on both sides), a micro HDMI to HDMI cable, a USB C to 3.5 mm Jack adapter (in case you have wired headphones), a user manual and a warranty certificate.

Taking a closer look at this device, we find that it is quite large (8 inches high, 29.34 cm wide, and 0.62 cm thick), as well as heavy (830 grams). At the bottom, we have a tubular base that houses a USB Type C port (far right) and a microHDMI port (far left). We also have two of the four speakers (the other pair is on top).

The power and volume buttons are located on the right side, a few inches from the USB Type-C port. Unlike the buttons on the Lenovo Tab P11, which are quite noticeable, on the Lenovo Yoga Tab 13 it is quite difficult to locate them by touch. This can be confusing until you get used to its exact location.

Finally, we have a stainless steel bracket on the back to tilt the screen at any angle, it even allows you to hang the tablet as if it were a painting. Regarding this important piece, I must admit that it is quite difficult to change its position (force must be applied), which is ideal, since that way the inclination is prevented from changing by itself.

The Lenovo Yoga Tab 13 has a 13-inch LCD screen with 2K resolution (2,160 x 1,350 pixels) and 400 nits of brightness. Like smartphones, the tablet has an automatic brightness option that adapts to the environment, that is, when you are indoors it drops to an acceptable level, but if you are outside and under intense sunlight, the brightness will go to the maximum.

This device not only has the classic ‘dark mode‘, which most phones and tablets have but also a mode called ‘ Eye Protection ‘, which considerably reduces the blue light from the screen, making it warmer. This function is ideal for when you want to read a digital book for several hours, since that way your eyes will not tire so quickly.

On the screen we also find a function (activated by default) called Entertainment Space that serves as direct access to the entertainment apps that we install on the device, it can be Netflix, YouTube, Amazon Prime Video, TikTok, etc. That is, when you enter that section, you will see some recommended videos from the aforementioned platforms.

Specifically, speaking about the visualization of multimedia content, I must admit that I was quite satisfied with the image quality provided by the Lenovo Yoga Tab 13. So if you are a fan of Netflix, Amazon Prime Video, Disney Plus, or another streaming platform, this tablet is a good option for you to enjoy your favorite series and movies.

In addition to the classic security and password pattern, the new tablet developed by Lenovo has facial recognition so that you can unlock it, in a matter of seconds, using only your face. Something that surprised me a lot is that this function not only works when you are in places with a lot of light but also at night and in the dark.

Although it does not have a fingerprint sensor, the tablet does have an additional security function ( Smart Lock ) that will unlock the device automatically, in case it is near a trusted device, it can be a cell phone, a smartwatch, etc. If it is out of its range, then you will need to use one of the above methods to unlock it.

Thanks to its powerful Qualcomm Snapdragon 870 processor, 8 GB of RAM, and 256 GB of internal memory, the Lenovo Yoga Tab 13 did not present any problems during the test period, nor were there any annoying ‘lags’. What surprised me quite a bit is how fast it turns on, compared to the Lenovo Tab P11 that I tested several months ago.

If you enjoy using the main social networks (Facebook, Instagram, TikTok, among others), as well as the most popular streaming series and movie platforms, this device is a good alternative. Also if you are a fan of video games, since it perfectly runs games like Fortnite, Free Fire, Asphaslt 9, Roblox, among other games that I installed to test it.

Regarding autonomy, the Lenovo Yoga Tab 13 has a 10,000 mAh battery that will give you several hours of use; however, you must bear in mind that this time will depend on what you do with the tablet. It is not the same to use this device to play than to watch movies on a streaming platform or spend all day on your social networks.

One point where there is room for improvement is “fast charging”. The charger that the equipment brings is 30 W which, in theory, should charge the tablet in a short time, but it is not. From 0% to 100%, the time can be almost three hours, which is outrageous, although it is somewhat understandable, due to the size of the battery.

Unlike cell phones, which increasingly include more and better cameras, tablets look for one that complies. In the Lenovo Yoga Tab 13, we have a single 8 megapixel camera (located in the upper frame of the screen), which is ideal for when you want to make a video call with friends or colleagues. It also works for some virtual classes.

Finally, something that I would like to highlight is that the camera of this equipment has, not only the classic photo and video mode but also a portrait mode, that is, it blurs the background of the image, it can be a slight blur or a more intense one, you will choose that in the options. 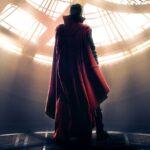 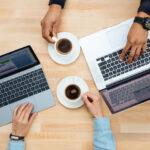