President Joe Biden called on Congress Wednesday to suspend federal taxes on gasoline and diesel for three months, a move aimed at easing financial pressures on gas stations that also reveals the political toxicity of high gasoline prices. gasoline in an election year.

Biden again charged this Wednesday against the oil companies, which he accuses of not refining enough crude, and asked that they lower the price of fuel for consumers “right now”.

“Over the last two weeks, the price of crude oil has fallen by more than ten dollars a barrel. Normally this lowers prices at the gas station by about 25 cents per gallon (3.78 liters) and yet some gas stations have only reduced prices by a few cents. “, lamented Biden during an appearance without questions at the White House.

The president made these remarks while asking his country’s Congress to approve his proposal to eliminate federal taxes on gasoline and diesel during July, August, and September.

Biden’s plan would temporarily waive the 18 cents per gallon gas tax and the 24 cents per gallon diesel tax imposed by the federal government to fund, among other things, highway maintenance.

The president defended that the country’s strong economic recovery after the crisis caused by the pandemic would allow the government to carry out the necessary works to maintain the country’s highways without needing the money from these taxes.

It is not clear, however, how much savings would be transferred to consumers, and Republicans have been quick to describe the proposal as an electoral “trick” that, moreover, would only serve to increase already runaway inflation.

Biden wanted to send a message to conservatives, assuring that the price problem does not lie in a lack of US crude production, but in the fact that the country’s oil companies do not refine enough oil due to the closure of refineries during the pandemic.

On Thursday, the US Secretary of Energy will meet with the executives of several of these companies, such as Chevron or ExxonMobil, to try to find solutions to the historic rise in fuel prices.

The Democrat Administration mainly blames the invasion of Ukraine ordered by Russian President Vladimir Putin for the rise in fuel prices, and defends that it is the price that Americans must pay so that Russia does not “get away with it.” “.

In addition, in 20 of the 50 US states, prices are above $5 per gallon, especially on the west coast of the country.

Republican lawmakers have sought to place more blame on Biden, saying he created a hostile environment for domestic oil producers, causing their output to remain below pre-pandemic levels.

Senate Republican Leader Mitch McConnell scoffed at the idea of ​​a gas tax exemption in a speech in February. “They spent a whole year waging a holy war against affordable American energy, and now they want to use a lot of taxpayer money to hide the consequences,” he said. 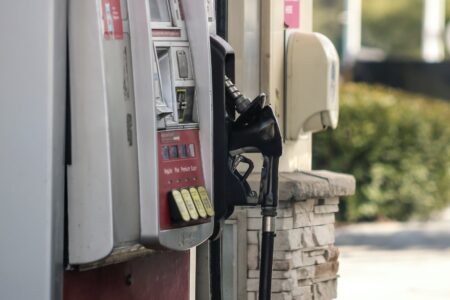 Administration officials said the $10 billion costs of the gas tax exemption would be paid and the Highway Trust Fund would remain full, even though gas taxes are a substantial source of income for the fund. . Officials did not specify new sources of income.

This has heightened tensions with oil producers: Biden has judged that the companies are making “more money than God.” That started a chain of events in which Chevron boss Michael Wirth sent a letter to the White House saying the administration “has largely sought to criticize, and at times vilify, our industry.”

Asked about the letter, Biden said of Wirth: “It’s mildly sensitive. I didn’t know they would hurt his feelings so quickly.”

The president is also asking Congress to ensure that a gas tax exemption does not hurt the Highway Trust Fund. With our deficit already reduced by a historic $1.6 trillion this year, the President believes we can afford to suspend the gas tax to help consumers while using other revenue to top up the Highway Trust Fund at the cost of approximately $10 billion.

This is consistent with proposed legislation in the Senate and House to promote a responsible gasoline tax exemption.

President Biden understands that a gas tax exemption alone will not alleviate the rising costs we have seen. But the president believes that at this unique time when the war in Ukraine imposes costs on American families, Congress must do everything it can to give working families a break. 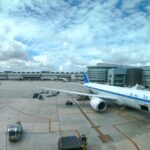 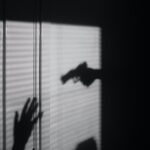