﻿Shawn Mendes and Camila Cabello have announced their separation but have said that they will remain friends.

Shawn Mendes, a Canadian singer, and Camila Cabello, a former member of the girl band Fifth Harmony, have announced their breakup.

“Hey guys, we’ve decided to end our romantic relationship but our love for one another as humans is stronger than ever,”  the former couple said in a joint statement posted to their individual Instagram Stories.

“We started our relationship as best friends and will continue to be best friends. We so appreciate your support from the beginning and moving forward.
– Camila and Shawn.”

Following their collaboration, the singer Camilla, 24, began dating Mendes, 23, in July 2019. Three months later, the Cuban native told Elle that she kept their relationship hidden “to protect it.”

Fans seem to be taken aback by the announcement, which comes after the pair shared images of themselves together on Halloween.

The “Señorita” collaborators were recently seen engaging in some good old-fashioned Miami Beach PDA, looking like a perfect couple. The location was a favourite getaway destination for the couple; they were previously seen there in June.

Cabello recently rejected engagement rumours when a band was seen on her ring finger on TikTok. 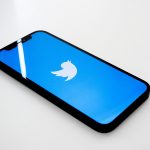