Shooting in a church at least 50 dead in Nigeria
SHARE

At least 50 victims of the attack were launched in the church of San Francesco, in the Nigerian state of Ondo, by a commando of armed men while the faithful were gathered for Pentecost Sunday.

This was reported by the Lagos newspaper, The Nation Newspaper, while another newspaper, Vanguard news, talks about 25 deaths.

Among the victims are also women and children, the media write. Several were injured, some of whom were transported to hospital in very serious conditions. The attackers opened fire and, as confirmed by the local police, used explosives against the faithful inside the building. Some faithful were kidnapped while the kidnapping of a religious was denied.

Nigerian President Muhammadu condemned the massacre by declaring that “this country will never surrender to evil and evil and darkness will never prevail over light. In the end, Nigeria will win”.

“The Pope – reports the Vatican press office – learned of the attack on the church in Ondo, Nigeria, and the death of dozens of faithful, many children, during the celebration of Pentecost. While the details of the incident are being clarified, Pope Francis prays for the victims and for the country, painfully affected in a moment of celebration, and entrusts both to the Lord, so that he may send His Spirit to console them “.

“I was passing by when I heard a loud explosion and shots inside the church.” A witness told the attack on the Catholic church in the state of Ondo, in southwestern Nigeria, saying he saw at least five gunmen inside the church before fleeing for safety. responsibility for the attack. According to the spokesman for the state police, Ibukun Odunlami, they attacked the church with firearms and explosives. “It is still early to say exactly how many people were killed. But many faithful lost their lives and others were injured in the attack,” he told AFP.

A jihadist uprising has raged for 12 years in the north-east, bands of looters and kidnappers terrorize the north-west and the center, while the south-east is the scene of separatist movements.

The massacre came unexpectedly at least according to a statement by the local governor, Arakunrin Oluwarotimi Akeredolu, relaunched by various media including the Legit website.
“The vile and satanic attack is a calculated assault on the peace-loving people of the Kingdom of Owo who have enjoyed relative peace over the years,” said the governor of the Owo stating that this “It is a black Sunday for Owo”.

“This is an unexpected development. I am shocked, to say the least. However, we will use every available resource to hunt down these assailants and make them pay for it. We will never bow to the machinations of heartless elements in our will to liberate our state. by criminals, “Akeredolu said.

“I urge our people to remain calm and alert. Not to take justice for themselves. I have spoken to the heads of the security agencies. I have also been assured that security officers have been deployed to monitor and restore normalcy to the kingdom of Owo, “said the governor using the term that indicates the traditional Nigerian administrative division that provides for the existence of” kingdoms “at the local level.

“We cannot continue to tolerate reality being concealed. Pentecost Sunday and in Nigeria it was a massacre. Going to church, attending Mass knowing that you can die. Acs, indignant, pray for these brothers of ours!”. The pontifical foundation Aid to the Church in Need thus comments on the attack on the church in southwestern Nigeria, and in a tweet publishes a photo that testifies to the massacre.

“On the day of Pentecost, yet another attack against Catholics in a church in Nigeria. There are also children among the dozens of dead. Hardly anyone cares but this persecution has become a massacre that continues in silence. I cry for the victims, I cry for the victims. families and I cry for the cynicism of those who are not interested in this genocide “. The leader of IV, Matteo Renzi, writes on Facebook. 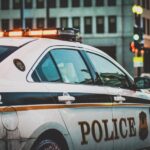 A boat capsizes in Baie-Comeau: a man is missing
Next Article