Chaudhary and Aaj Tak will collaborate to bring to their 100 million viewers a new show anchored by him. This show will be under the supervision of News Director Supriya Prasad

Since the resignation of the Zee News news channel, there was speculation about journalist Sudhir Chaudhary that will start his new venture soon but he has not done so and joined the India Today Group channel, Aaj Tak. He is once again trending on Twitter regarding this news. Social media users were seen giving many types of reactions.

India Today Group Vice Chairperson Kali Puri gave information: India Today Group Chairperson Kali Puri shared the information about Sudhir Choudhary joining Aaj Tak and wrote, ‘I am happy to inform you that Sudhir Chaudhary is a consultant in Aaj Tak. Join us as editors. Sudhir and Aaj Tak are collaborating to bring an exciting new show anchored by him to our 100 million viewers. The show will be under the supervision of news director Supriya Prasad.

Sudhir Chaudhary Joined Aaj Tak As Consulting Editor: India Today Group Vice Chairperson Kali Puri has given information about Sudhir Chaudhary joining Aaj Tak. He wrote that “Sudhir Chaudhary and ‘Aaj Tak’ are coming together for a new and exciting show for our 10 crore viewers, whose anchor will be the same. This news show will be brought under the guidance of News Director Supriya Prasad. Me. I know people will be talking a lot, but this news will give them pause. There is naturally one name in every household for news and that is – Aaj Tak.”

Along with this, it was written on his behalf that ‘Sudhir is not interested in any introduction. I am glad that he has taken a decision that will not disappoint his fans who is of paramount importance to him. It is great that their first venture is in our alliance, and I hope we will be able to work on other projects together as well. 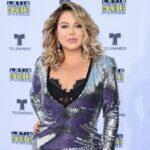