A new series from Marvel and Disney is coming. It is about She-Hulk, a story that will explore another female character within the Marvel Cinematic Universe, expanded towards the television format. The series will arrive on the Disney Plus platform on August 17 of this year. While arriving at the service, we must review the history of the villain of this narrative: Titania.

The first images of this villain were taken through the She-Hulk trailer. Although the weight of the advance was carried by the protagonist, for logical reasons, the antagonist also had a couple of moments that invite us to think of a handful of action scenes within the series. She is about a character that, according to the comics, has similar (almost identical) abilities to She-Hulk.

Part of those abilities is enormous resistance and strength, both to impress her on others and to lean on her and take her body to different limits. She-Hulk is the heroic version of Jennifer Walters, who due to an accident received a transfusion from her cousin, Bruce Banner. The actress in charge of interpreting the protagonist of the series is Tatiana Maslany. 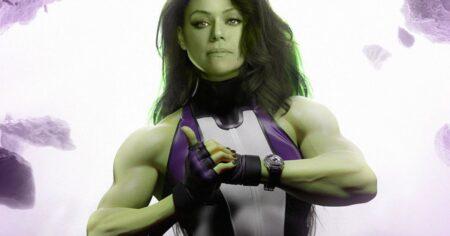 Titania: the origin of the She-Hulk villain

For her part, Mary MacPherran, who will be played in the series by Jameela Jamil, is Titania. This character first appeared in Secret Wars #3, released in July 1984. Like She-Hulk, Titania is one of the classic characters in Marvel comics. During those years, many of the villains that emerged shared the same abilities as the heroes of the stories.

Mary MacPherran’s first steps were those of a common character, a woman to whom no special ability was attributed. She until she gets involved in a conflict, as part of the Secret Wars, and she ends up traveling to Battleworld. On this planet, she has an encounter with Doctor Doom, who offers her the possibility of having superpowers. That person who seemed fragile suddenly transforms into someone with a fibrous body, with infinite resistance and strength.

Back on earth, Titania repeatedly collides with She-Hulk. The first match between them is won by the villain, who would then have to see the face of defeat during other matches. Within the comics, Titania has a relationship with the Absorbing Man and then ends up joining the Masters of Evil, a group led by Baron Zemo, who was recently seen in the Marvel Cinematic Universe during Falcon and the Winter Soldier.

Beyond the aforementioned clashes, Titania has also had other clashes with characters like Spider-Man. This character was conceptualized and drawn by Jim Shooter and Mike Zeck. Within the story of the Marvel Cinematic Universe, his presence could serve to eventually introduce another powerful villain in the comics, Doctor Doom. 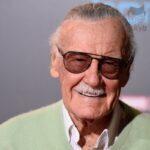 Stan Lee will return to make his cameos in Marvel movies
Next Article ‘Love, Death and Robots, Vol. 3’: the best and most horrifying of animation returns to Netflix
Leave a comment Leave a comment