One cannot understand the contempt that some viewers and even film journalists show for Netflix as an audiovisual content platform. His has been the world streaming revolution, something we should thank him for. And, among other things, it has given us splendid series like House of Cards (2013-2018) or Dark (2017-2020); in addition to such interesting proposals as Love, Death, and Robots (since 2019).

The anthology of animated shorts created by the American Tim Miller, whose first two volumes are made up of eighteen and eight stories respectively and among which, above all, “The Witness” (1×03), by Alberto Mielgo (2019), and ” Pop Squad” (2×03), directed by Jennifer Yuh (2021), is appreciated for the good level; and due to its very distinct from what we usually find as what arouses the most curiosity for cinephiles.

Volume three returns to allow another group of filmmakers to shine in their respective styles. But some, for their achievements, repeat. And, to begin with, they give us “Three Robots: Exit Strategies” (3×01), directed by Patrick Osborne (2022). It is the continuation of the homonymous short film (1×02) by Víctor Maldonado and Alfredo Torres; with more substance due to the details that are provided of the apocalyptic situation but, in short, less grace.

David Fincher himself, to whom we owe formidable features like Seven (1995), Fight Club (1999), or The Curious Case of Benjamin Button (2007) and who serves as executive producer of Love, Death, and Robots, has commissioned “Bad Traveling” (3×02). Another example of almost ultra-realistic animation like The Last Flight of Osiris (2003); but more horrifying and with a stylized composition and a great string score, is the work of Jason Hill.

If most of the short anthologies are based on stories written by science fiction authors such as Harlan Ellison or JG Ballard, and the two previous ones correspond to a pair of John Scalzi and Neal Asher, that of “The Very Pulse of the Machine” ( 3×03), written by Emily Dean, adapts Michael Swanwick. Its concepts and colorful visual apparatus remind us of the contemplative essence of “Fish Night” (1×12), with which it can go well together.

The joyful madness that Robert Bisi and Andy Lyon give us in “Night of the Mini Dead” (3×04) is a hilarious twist to the zombie hecatombs, which we knew from Night of the Living Dead (1968), for Love, Death, and Robots. The typical maquette workmanship and the constant fast motion are seasoned very opportunely with symphonic and choral music, which serves to round out the parodic spirit of the ensemble.

The only unpleasant surprise that the decent Netflix anthology has saddled us with for the moment is, apparently, “Kill Team Kill” (3×05); according to a short story by Justin Coates. Not only because of the unexpected drop in quality in the script, signed by the usual Philip Gelatt, but also because the director Jennifer Yuh has gone from the best with “Pop Squad” to the most childish; close in its few narrative incentives to “Sucker of Souls” (1×05), but below the acceptable.

As a result, “Swarm” (3×06) is light years ahead of Tim Miller’s work in translating a story by Bruce Sterling into hyper-realistic animation. This short mixes the beauty of space environments, the wonder of alien creatures and their world, and the horror derived from them. As in “Beyond the Aquila Rift” (1×07). But, if in the latter, the closure was very natural, here we have the uncomfortable feeling that another auction would have been convenient.

In “Mason’s Rats” (3×07), by Carlos Stevens, we find a more cartoonish character design and a pleasant anecdote with the not insufferable gore that Love, Death, and Robots have accustomed us to; and a final twist coming from Neal Asher. Then, Jerome Chen insists on ultra-realism, transferring to the small screen a text by Alan Baxter with effective Lovecraftian terror and touches of Clive Barker, in “In Vaulted Halls Entombed” (3×08).

Finally, Alberto Mielgo insists on showing after “The Witness” that you have to follow his film career in animation, or outside of it if he decides to experiment there, with the eccentric beauty of “Jibaro” (3×09). His style is in him, and is the most unusual of Love, Death, and Robots and, without a doubt, the perfect short film for the conclusion of volume three to leave a mark on our emotional memory as viewers.

All about Titania, the villain of ‘She-Hulk’
Next Article 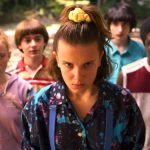 ‘Stranger Things 4’: everything you need to remember from the previous seasons to enjoy the Netflix series
Leave a comment Leave a comment