Influencer Virgínia Fonseca, 22 , who has just given birth to Maria Alice, her first child with singer Zé Felipe, 23 , revealed that she has had difficulties in the beginning of motherhood.

“I admire all the mothers in the world. And those who do everything alone still make you want to kneel down and say: ‘you’re awesome’. This is what I have my mother, Poliana [her mother-in-law], a nanny and Zé who also helps”, she said in a video on social networks.

Virginia gained 20 kilos during pregnancy and said that this happened because she did not follow a regulated diet. “When I got pregnant, I really lost control. And okay, I let it happen. I allowed myself to eat what I felt like,” he said on a YouTube channel.

On the morning of May 30th, little Maria Alice, the couple’s first child, was born. Virginia published a video taken before the birth in which she said she should introduce her daughter to fans the next day.

The influencer’s baby, by the way, has already arrived in the world with the same profession as her mother and an Instagram with almost 4 million followers.

Zé Felipe and Virgínia assumed the relationship in July 2020 and announced their pregnancy in October. “I’m pregnant, it’s not trolling,” said the influencer in a video posted on her YouTube channel. She even showed the home test she took.

The two were married in March 2021 in an intimate ceremony. “Definitely a date that I will remember for the rest of my life! One of the happiest days ever. Thank you for being absolutely everything to me”, posted Virgínia at the time. 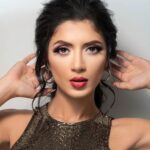 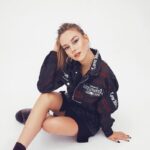