“Come on Yankees!” Said the former baseball player in a comment to the Page Six media. It should be remembered that Ben Affleck , to whom Lopez was engaged in early 2000, is a fan of the Boston Red Sox, the great rival of the Yankees. Maybe it was a hint to the Batman interpreter?

Jennifer Lopez and Affleck – who ended his relationship with actress Ana de Armas in January – spent about a week’s vacation together at the Yellowstone Club in Montana, or so an anonymous source claims.

“They were alone. Just the two of them, “he reveals in a comment to the tabloid E! News.

For his part, another informant, consulted by the Page Six media, says that Affleck has been seen several times going to the mansion of the Bronx diva in California in his white Escalade car.

JLo and A-Rod got engaged in September 2019, after more than two years of relationship, but postponed the wedding twice due to the pandemic. In March 2021, rumors of their alleged breakup began to circulate.

“We have realized that we are better as friends, and we hope to continue being so,” the couple finally announced in April. 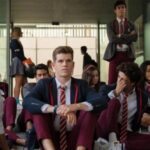 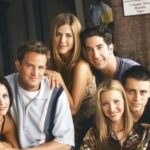