Yanet García set fire to a post in which she appeared modeling a revealing blue lingerie set, with which her curvaceous silhouette was exposed

Yanet García showed off her Latin beauty with a risky set of lingerie that, as on other occasions, generated thousands of reactions from her social media followers.

The former presenter of the program ‘Hoy’ continues to be successful in her role as a model, especially since she joined the list of celebrities who share daring images within exclusive content platforms such as OnlyFans, in which she debuted in April 2021 with hot posts that have left little to the imagination with the help of revealing “floss” lingerie sets and bikinis that show off their toned anatomy

But not only is she able to raise the temperature through the aforementioned platform, but she has also used her official Instagram profile to show herself with heated clothes.

This is how this weekend she set fire to a post in which she appeared modeling a set of blue lingerie, with which her curvaceous silhouette was exposed to the delight of thousands of admirers who fell in love with her beauty.

On this occasion, the native of Monterrey, Nuevo León, was proud to represent Latin beauty, which she revealed with the description of the publication in which she took the opportunity to mention the team of professionals who accompany her in her daring photo sessions. between makeup artists and hairdressers who make her look spectacular.

And it was precisely the photographer Diego Alanis who has not hesitated to show off within her social profile part of the work she does, where Yanet García has shown off in tiny lingerie sets that on several occasions have exposed her shapely back while posing with her back to the camera.

While, in another post, she was seen with lace garments and transparencies in black that revealed her silhouette while showing herself from the front.

Although Yanet García enjoys a heart attack figure thanks to the demanding exercise routines she performs and a healthy lifestyle, there is no shortage of publications in which she highlights the beauty of her face that steals prominence from the heated lace garments.

11 Myths of Carboxytherapy: Stretch Marks, Side Effects
Next Article 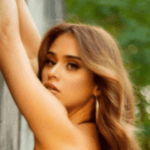