Joker starring Joaquin Phoenix has been one of the most acclaimed movies in terms of adaptations of the comic book universes. And it is that the work of the film was worth it after the 11 nominations received in addition to the main actor receiving the statuette.

Now, the writer, director, and producer of the first part, Todd Phillips, announced that the script for the sequel is already finished in co-authorship with Scott Silver, and the new protagonist already knows the script.

Phoenix had read the script a while ago and already made a deal to star in a second movie in which he will return to the skin of the maniac Arthur Fleck.

They also reveal that the preliminary title that we can read in the Instagram post is Joker: Folie à deux because it is a French term used to refer to Shared Psychotic Disorder, a mental illness that affects two or more people.

In such a way that this production is very close to joining the extensive catalog of series and movies that the DC Extended Universe has underway. And it is that premieres are expected soon such as Adam Black, starring none other than Dwayne Johnson, The Rock; likewise, a series based on Colin Farell’s Penguin, who was that character in Matt Reeves’s The Batman, is underway; likewise, film training is expected, such as Shazam! Fury of the Gods, which until now has not been as controversial as The Flash —because of the arrests in Hawaii of Ezra Miller— or Aquaman: The Lost Kingdom —because of the trial that Amber Heard held and lost with Johnny Depp and which he cited to people from Warner. 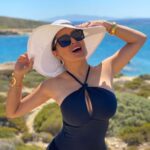