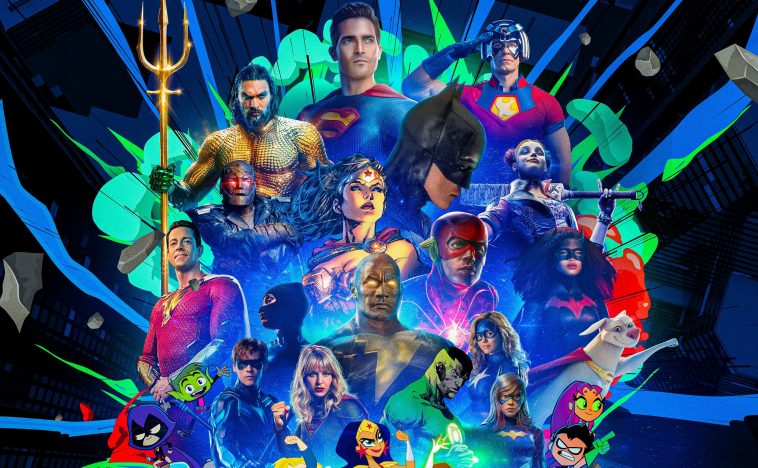 The 8 best moments of the DC Fandome

The DC Fandom virtual event brought together fans from all over the world who wanted to be the first to see the trailers and announcements about their favorite superheroes. Infobae summarized the eight moments that everyone is talking about about the event. The Gotham City certainly had a starring role from Batman to Gotham Knights.

The DC Fandom did not miss the opportunity at all to highlight that October 21 marks the 80th anniversary of the most popular heroine in the DC world: Wonder Woman. In conversation with Lynda Carter, who played Diana Prince / Wonder Woman on the television series from 1975-1979, some details about what this role represents were highlighted.

“She is one of the most elegant, strong, and determined heroines. ” Those were the characteristics that the brave actress mentioned regarding a character who represented a movement within the DC world. He made history and knew how to exploit his maximum potential and several of his abilities to achieve the objectives. Beyond being a comic book character, he was a phenomenon in his time, which is still valid today. “Until now, only Gal Gadot has been able to recreate that impact,” commented fans during the event.

“It is one of the most inspirational comics and shows that women have capacities to function in different roles, breaking different stereotypes,” Carter emphasized again. The great news of this conversation between Carter and the director of the film, Patty Jenkins, was when Wonder Woman herself announced that a third installment will come although no further details were given.

On the other hand, below, these are the trailers that sounded the most among fans of the DC world:

The event opened with some images of Black Adam, with Dwayne Johnson, better known as The Rock, who came to surprise fans. Under the direction of Jaume Collet-Serra, the ruthless, unstoppable, and owner of an unbreakable hierarchy, who has his roots planted in Ancient Egypt, faces a new mission: to challenge a hero and his entourage. Only the teaser for the franchise was shown, being a small preview of Shazam’s arch enemy: several archaeologists beat Black Adam and electrocuted him with a blast of energy. But in his defense, his exponential force manages to disintegrate a guy, he grabs a bullet in the air and levitates in defiance of the laws of gravity.

Shazam! Fury of the gods

The rival of Black Adam seems that he is not far behind and will have all the protagonism in the Fury of the Gods. Following the stories of Aquaman and the Lost Kingdom, we see the new villains ( Rachel Zagler, Helen Mirren, and Lucy Liu ) join the Shazam family. These will come to test all heroes. It will premiere on June 2, 2023.

The Flash brings a change in his DC universe: Michael Keaton (ex Batman ) arrived to meet the mythical hero of speed. It could be thought of as the before and after of a multiverse and will answer dozens of questions. For many, Warner Bros accommodated, this time, the Marvel formula. The hero will challenge the laws of physics to cross different parallel dimensions and meet again with several of the characters from the DC world. The exact date of its premiere is still unknown, however, they announced that in 2022 it will be its launch year.

Gotham Knights will release its extended story through a video game making it very clear that Warner did not hesitate to build a plot that was absolutely worth it. With superior graphics, visuals, and audiovisual design, for many fans, there could be plenty of gameplay material.

No need to get away from the visual concept and be faithful to the history of the Gothic world with a Batman of Arkham. It seems that all the stories in the DC Fandom centered the creative axis on batman. So far, it is only known that it will be released in 2022.

Peacemaker, the antihero, will have his own television series, as they had already announced a few weeks ago. At the event, more details of the series were shown, which will have eight chapters, exclusively on the HBO Max platform, starting next January 13. The spin-off devised by James Gunn comes with a risky and strange mission to be the opposite of a superhero: to find a family. It’s the perfect touch for a slightly violent comedy. So this promises to be a masterpiece of the long-awaited production on the controversial and not-so-smart Peacemaker.

The Suicide Squad is finally getting its own action-packed video game and it comes with a touch of comedy. And since they were in debt to the fans of this title, Warner Bros compensates it with a trailer of how the audiovisual animation will be available on PS5, Xbox Series X | S, and PC in 2022.

From the creators of the Arkham saga, this gameplay will come with superior, three-dimensional graphics that will end up convincing you that it is not a surreal effect. The story takes place in the same universe as the Arkham saga and with an opportunity to understand what will happen to Batman (in the game). It is not an RPG (role playing) video game.

Before closing the event, the DC Fandom showed a trailer for Grim Batman in which Robert Pattinson did a little exploration of the most remembered hero. On the other hand, Matt Reeves confirmed the speculation of thousands of fans: it is a plot specialized in the origin and revelation of Batman in its beginnings. “When they put the suit on Rob they realized that it could be the ideal, due to his characteristics close to the character in the beginning. You were always the version of Batman I wanted to create, ”the director of this version told Pattinson.

With grayish photographs, Bruce Wayne (Pattinson) is seen, who wants to fight for those who do not have a defender and collect justice at his own hand. On the other hand, they also emphasized the importance of the brutal (if not natural) chemistry between the actor and Zoe Kravtiz, who says: “I was nervous because I thought I could lose my role during the audition with Robert Pattinson. ” Will there be more than just within the screens? Time will confirm.

In the trailer, you can see a rapprochement between Catwoman and Batman. This is proof that they have something in their hands, inside and outside the sentimental. “I’m for revenge,” she says between the lines, stroking his cheek and taking a flight to an unknown port. “Catwoman was reacting to her own story and pain, so she constantly confronts Batman,” Kravitz asserts in the DC Fandom. Without a doubt, it is an emotional journey and it is connected to the comics and it is what the public expects.

“Handling the duality of Batman and Bruce was a matter of defining two characters in one,” said Robert at the event. So a dark creature is about to show itself. The rhythm of the film and the chemistry between the two will determine one of the reasons for its future success. It opens on March 4, 2022. 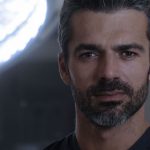 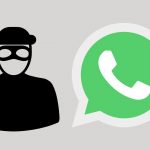