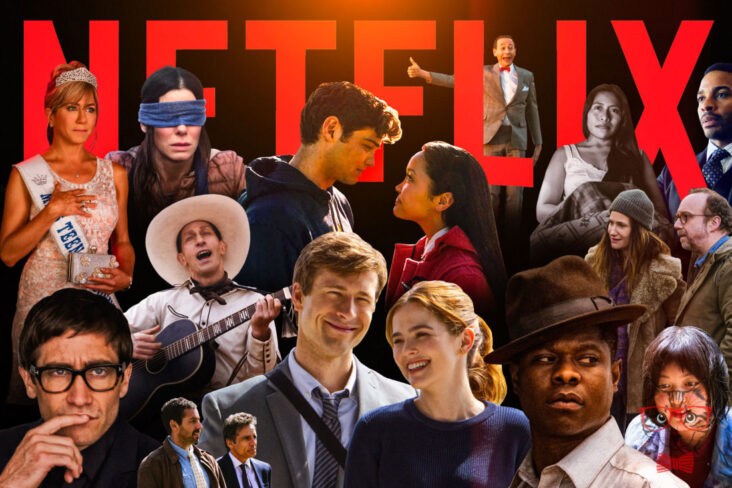 10 Most Famous Netflix Series To Make A Marathon

Netflix has become the favorite streaming platform for thousands of users around the world, where you can enjoy movies and famous series that have conquered the most critical audience. The catalog of entertainment that houses plays genres such as fiction, action, social issues, drama, sexuality, politics and much more.

In case you still did not know, doing a famous series marathon on Netflix is free . Opening a new account on the platform has the advantage of enjoying a test month, that way you can have 30 days to enjoy the best hits without paying anything

Netflix’s most famous series
1. Stranger Things
Enabled for all countries, Stranger Things has become the most famous series of Netflix since its premiere in 2016 because it is littered with references of Hollywood 80s nostalgia generated by those who do not see it . If you’re looking to do a science fiction marathon , the two seasons of 8 and 9 episodes that this production has is ideal for you.

The web series set in the 1980s takes place in the fictional town of Hawkins, Indiana, United States; and tells the story of a group of children who happen to make friends with a fugitive girl with telekinetic powers called ‘Once’. The creepy creature ‘Demogorgon’ also makes its appearance.

At the same time, Will Bayer, one of the children, disappears mysteriously, so the rest: Mike, Dustin and Lucas, do their best to find it. The search and the reasons for its disappearance are developed in the first and second season of the online series . The story is not over yet, since for this July 4, 2019 the third installment is released.

2. Orange Is the New Black
This online series is full of comedy and drama, it aired for the first time on Netflix and was produced by Lionsgate Television. The story is based on Piper Kerman’s autobiographical book ” Orange Is the New Black : Chronicle of my year in a federal women’s prison” , it consists of six seasons of 13 chapters each.

The production has impacted thousands of people because it clearly shows the real life that women live in prison. The plot tells the episodes of Piper Chapman in prison, who was involved last year with a crime of drug smuggling.

She surrenders to the justice and is taken to the prison of Litchfield, New York, where it crosses diverse conflicts. It’s famous series premiered its sixth season in 2018. Since 2013 it has won several awards, among them are: Golden Globes, AFI Awards, People’s Choice Awards, Premiere Emmy, among others.

3. House of Cards
This successful series of political fiction is based on the book ‘ House of Cards ‘ by the British Michael Dobbs published in 1989. Netflix was inspired by the BBC’s mini-production focused on the literary work to create its own American version, which premiered with 13 chapters.

The Netflix streaming service has so far broadcast the six seasons of House of Cards , the last with only eight episodes. The series tells the story of Frank Underwood, a Democratic politician who aspires to occupy a higher position in the United States government. Despite being appointed as Secretary of State, he draws up a plan to fulfill his purposes.

At all costs, the politician will manipulate situations as he pleases and will make his opponents fall into traps. The series is not only controversial for the issues it addresses, but also for the real life of the main actor, who faces a serious crime. For this reason, Netflix producers decided to change the script for the last season.

4. Narcos
If you have seen the television series focused on drug trafficking, Narcos is a good option to remember them. The Netflix series was recorded in Colombia and features three seasons of 10 episodes each. It is set in the 1990’s and tells the story of the most famous drug trafficker in Latin America, we talk about Pablo Escobar .

The first two seasons are counted by two agents of the US DEA, who aim to capture the leader of the Medellin Cartel. The third installment focuses on the enemies of Pablo Escobar, the Cali Cartel.

The Netflix series is internationalized and shows in its fourth season the life of drug trafficking in Mexico, specifically, on the Juarez Cartel.

5. Black Mirror
This British production of Endemol and acquired by Netflix in 2015 has become one of the most famous series of all time. The plot written by Charlie Brooker revolves around the technology and the “damage” that could cause in the lives of people according to the emotional intelligence of each one.

Black Mirror has four seasons, a special chapter for Christmas and the film Bandersnatch , the latter was released at the end of 2018. Each episode of this online series has a different story, but they cover the same point, and in some chapters make references of others.

The interactive feature film Bandersnatch by Black Mirror has several endings according to the initial choice of the viewer. It is set in 1984, where a young programmer questions reality while adapting a novel to a video game. The fifth season of the series would be released this 2019.

6. The House of Paper
One of the most successful Spanish series of the moment. La Casa de Papel was created by the writer Álex Pina and initially produced by Atresmedia for its transmission on Antena 3. Since Netflix acquired in 2017 the online broadcast rights of the series, fame smiles at the production.

In La Casa de Papel you will see the biggest bank robbery in history, led by a mysterious man nicknamed “The Professor” and with the help of eight people specialized in various fraud techniques. The group manages to enter the National Factory of Currency and Stamp of Spain to print 2,400 million euros.

Netflix managed to adapt the original television series in two seasons of 9 and 6 episodes each, in these you will see as Tokyo, The Professor, Moscow, Berlin, Nairobi, Rio, Denver and Helsinki will do everything possible to emerge victorious from the big robbery, while they are cornered by the police.

The third season of La Casa de Papel is confirmed to premiere on July 19, 2019.

The series was created and produced by screenwriter Vince Gilligan, and tells the story of Walter White, a chemistry professor, who is diagnosed with incurable lung cancer. The disease leads the character to look for a new economic option that consists of preparing and selling methamphetamine.

With the help of his former student, Jesse Pinkman, the professor risks negotiating with several drug cartels in Albuquerque, New Mexico. The end of the series was more than epic, which made him win several awards. Through Netflix you can do a marathon of the five seasons of Breaking Bad . Soon the movie arrives.

Also, check the prequel ‘ Better Call Saul’ of the famous series created by AMC and Sony, and distributed by Netflix , has four seasons.

8. Sense8
What would you do if you had a telepathic connection with seven other people from different parts of the world? This is the plot that Sense8 handles , original Netflix fiction series , written and directed by the Wachowski sisters. It consists of two seasons (12 episodes each) and a final chapter of two hours.

Sense8 managed to become a worldwide phenomenon, so much so that fans are joining together for Netflix to launch the third season . The group of eight young strangers with a mental and emotional connection, able to feel and share their knowledge, skills and languages, must face the struggle on political issues, identity, sexuality, gender and religion.

The enemy of the whole group is Whispers , a scientist with telepathic power who wants to open their skull to know more about the ‘homo sensorium’. As the chapters go by, the “sensible” must be known to deal with their problems. Everyone faces love, misfortune and joy.

9. The OA
A series of supernatural fiction that surpasses the expectations, confusing and sometimes literally logical that catch the viewer, this is The OA , web drama created and produced by Brit Marling and Zal Batmanglij . It debuted on Netflix in 2016 and has just finished the second season.

The first eight chapters of the online series explain the mysterious appearance and return of Prairie Johnson , a young Russian woman who was blinded by an accident. After being disappeared for seven years, she returns and calls herself “OA”, in addition to having strange scars on her back.

All those who know her try to find out how she regained her sight, at that time she elaborates a plan to save the other people with whom she lived. The enemy of this fantasy series is Dr. Percy, who tries to open a portal to another dimension.

10. Luis Miguel
With the authorization of the Mexican singer himself, the series ‘ Luis Miguel’ was produced by Gato Grande and MGM to be transmitted via streaming by Netflix . It consists of a season of 13 chapters and was issued in April 2018.

The autobiographical series ‘Sol de México’ was very popular in Spain and Latin American countries. The production revealed well-kept details of the artist’s life such as: experiences of his childhood, the disappearance of his mother, the real behavior of his father behind the scenes, and much more.

Luis Miguel makes his appearance in the Netflix series . The person in charge of interpreting the singer was the actor Diego Boneta. It has been confirmed that the second season is ready. 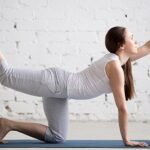 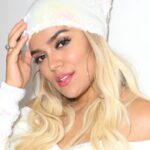