Mexico.- Around the world there were comedians who won the hearts of many, among them are Charles Chaplin, Jerry Lewis and Cantinflas , the latter the highest paid in the world. Yes, to the surprise of many, Mario Moreno was the highest paid of his time.

It is estimated that the comedian had a fortune of $ 70 million dollars , something like more than one and a half billion Mexican pesos. His colleagues achieved much less than he; Chaplin $ 25 million and Lewis $ 50 million.

This is because during the 50s, Mario Moreno “Cantinflas” was the highest paid comedian, after his debut in Hollywood with the film Around the World in 80 Days, a success that earned him the Oscar for the film and raised over $ 42 million at the box office. 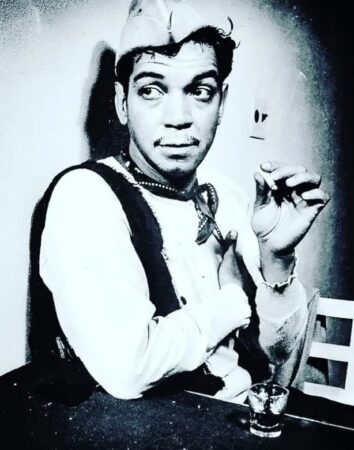 According to information from the New York Times, Cantinflas made the most of his wealth, owning five houses, one in Mexico City with a swimming pool, bowling alley and even a movie theater. It also had an extensive art collection, a chain of barber shops and beauty salons.

In addition, he owned his own private plane, while venturing into the business sector with different companies such as film companies, office buildings and ranches. Just as he used his fortune for the best luxuries, he invested in charity, which was also his passion.

It is said that, throughout his life, Mario donated half of his annual earnings to families residing in Mexico. In 1966, the Los Angeles Times estimates that he donated $ 175,000 of his own money and supported more than 250 homeless families. He did not put aside the charities and raised, and donated, money for different places.

Mario Moreno “Cantinflas” will forever be one of the most remembered icons of Mexico, according to specialists in the world of entertainment, as his legacy has not been overshadowed by any other artist, neither of his time nor of today.